The U.S. Population Is Growing at the Slowest Rate Since 1937

Completed census forms are collected during an event to promote the Census 2010 at Bens Chili Bowl on April 1, 2010 in Washington, DC.
Alex Wong/Getty Images
By Katie Reilly

The United States population is growing at the slowest rate since 1937, when the country was in the midst of the Great Depression.

The national population grew by just 0.6% between July 1, 2017 and July 1, 2018, according to population estimates released Wednesday by the U.S. Census Bureau. That’s due to a relatively high number of deaths and low number of births, and it’s in keeping with a trend of declining annual growth.

The fastest-growing states during that time were Nevada and Idaho — which also topped the list for population growth in 2017. The populations of both states grew by 2.1% in the year ending July 1. That data is consistent with broader findings that the West and the South are growing more quickly than other parts of the country.

“Many states have seen fewer births and more deaths in recent years,” Sandra Johnson, a statistician for the Census Bureau said in a statement. “If those states are not gaining from either domestic or international migration they will experience either low population growth or outright decline.”

The data also show that California, Texas and Florida remain the most populous states.

Nearly 130,000 people left Puerto Rico in the past year, a population decrease of 3.9% in the wake of Hurricane Maria, which devastated the island.

“Puerto Rico has seen a steady decline in population over the last decade,” Johnson said. “Hurricane Maria in September of 2017 further impacted that loss, both before and during the recovery period.” 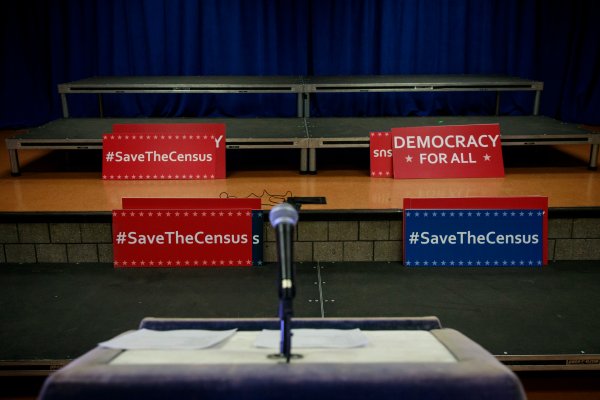 A Judge Blocked the Census From Asking About Citizenship. Here's Why It Matters
Next Up: Editor's Pick