Kids, Jimmy Kimmel is not your friend. He’s even turning your parents against you. The latest example: Kimmel asked parents to try turning off the TV while their kids were playing the popular video game Fortnite — and film their ensuing reactions. The results are suitably terrifying, as kids around the world flipped out on their parents as they watched their efforts onscreen go to waste when the TV turns black.

Earlier in the week, Kimmel issued a “YouTube Challenge” on his show, urging parents to submit videos of the Fortnite fallout for his amusement. “I asked, and many of you answered,” he explained as an introduction to the prank. The ensuing nearly-three-minute compilation is a mashup of varying levels of screams, disbelief and temper tantrums.

“What are you doing, go cook!” one kid asks. Others collapse into fits of rage. “What do you want!” another cries. “Are you out of your mind?” “What are you doing? My friend just died because of you!” Clearly, emotions run high when video game success is at risk. Kimmel’s advice at the end is simple: “Now go outside.” Good luck to the parents trying to convince their Fortnite-obsessed kids to brave the cold, however. 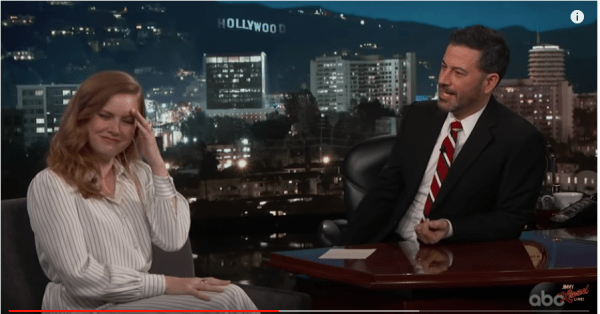 Amy Adams Became the First Woman to Reject a Brad Pitt Hug for a Legitimate Reason
Next Up: Editor's Pick