These Were the Most Disappointing TV Shows of 2018

A generation ago, when “I don’t have cable” was a boast rather than the preamble to a detailed account of someone’s personal cord-cutting journey, we didn’t expect much out of television. But now that showrunners are fêted as auteurs and movie stars deign to appear on the small screen, many new titles surf into our homes on a wave of anticipation. Of course, they can’t all live up to the hype. With that in mind, what follows isn’t a list of 2018’s worst shows—because who watched The Proposal expecting art? It is, instead, a look back at the series that promised greatness (or at least quality entertainment) this year but didn’t deliver.

What could be more enjoyable than a lighthearted crime show starring Christina Hendricks, Mae Whitman and Parks and Recreation’s secret weapon Retta as desperate suburban moms who rob a supermarket? A lot of things, it turns out! Charming as their performances were, the trio of beloved actors couldn’t redeem a series burdened by tepid writing, underdeveloped characters and a conspicuous thirst for armchair-liberal and internet-feminist approval. Good Girls is due for a second season next year, but if you’re searching for a stylish, effervescent and often poignant drama about a crew of female outlaws, you’d be better off giving TNT’s fizzy Claws a try.

Alan Ball helped HBO launch the latest golden age of television in the early 2000s with Six Feet Under, a smart tearjerker about a family that owns a funeral home. Later in that decade, he attempted political profundity but had to settle for pulpy pleasure in the vampire soap True Blood. The creator’s third show for the network, Here and Now—a politically charged family drama with supernatural elements—seemed as though it would split the difference between Ball’s previous hits. Instead, it was a self-righteous wallow in upper-middle-class Trump-era despair that tokenized its diverse cast, undermined its own progressive credentials and wasted two excellent leads, Holly Hunter and Tim Robbins. Come back, Vampire Eric, all is forgiven.

Since unveiling Outlander in 2014, Starz has debuted a number of great shows: the stylish sex-work drama The Girlfriend Experience; the smart literary adaptation Howards End; the gripping sci-fi thriller Counterpart; this year’s best long-form doc, America to Me; and Vida, a sui generis show about family, identity and gentrification. Sweetbitter seemed like another easy win for Starz: Based on Stephanie Danler’s bestseller of the same name and set among the waitstaff of a posh, mid-2000s New York restaurant, it promised new-girl-in-town adventure, pre-recession decadence, romance between extremely attractive coworkers and plenty of food (and wine) porn. Sadly, the adaptation turned out puzzlingly flat, practically ignoring the period setting, reducing characters to vapid sketches and draining all pleasure from Danler’s sensuous prose.

Who Is America? (Showtime)

Ali G mastermind Sacha Baron Cohen returned to TV in July with little advance notice but lots of free publicity from Sarah Palin, who vented her displeasure at being the butt of what she called his “evil, exploitive, sick ‘humor’” on Facebook. She wasn’t the only right-wing personality whose encounter with the comedian made headlines: Roy Moore sued Cohen, Showtime and parent company CBS over an interview insinuating that he was a pedophile, and Georgia Republican Jason Spencer was forced to resign after an astonishing segment in which Cohen goaded him into running around with his pants down and screaming racial slurs. On the whole, however, Who Is America? was more cheap shots than sharp political satire (which may be impossible amid the daily absurdities of Trump’s America), with Cohen too often capitalizing on innocuous subjects’ anxiety, inexperience or even fear. He took Islamophobes, racists and the gun lobby to task, but the sexist and homophobic undertones of his own humor remained unquestioned. Among the many new characters he debuted, only one—Israeli terrorism expert Erran Morad—actually proved effective. Also? After all that hype, the Palin interview never even aired.

The true-crime and podcast-to-TV trends hit their nadir with this melodrama adapted from Christopher Goffard’s LA Times investigation into John Meehan, a con man who preyed on the women who loved him. Though its source material was fascinating, Bravo’s Dirty John turned out to be a lowest-common-denominator production to the core, devoid of any stylistic inspiration or cultural critique. Provided with one-dimensional characters, solid actors like Eric Bana and Juno Temple turned in workmanlike performances. Even Connie Britton struggled to locate a trace of relatability in creator Alexandra Cunningham’s caricature of the show’s central victim, Debra Newell, a compelling figure who comes off as plain stupid. Sure, it must be hard to construct an entire world from hours of audio. But in a year when the makers of Amazon’s Homecoming managed to translate that podcast into one of the most visually dazzling dramas on TV, that doesn’t seem like much of an excuse.

Despite a flawless lead performance from Elisabeth Moss, the idea of this depressingly well-timed Handmaid’s Tale adaptation has always surpassed the reality. After an Emmy-winning first season that sagged in the middle but recovered in time to movingly recreate the denouement of Margaret Atwood’s novel, Hulu chose to continue Offred’s (Moss) story for another 13 episodes, following the pregnant handmaid as she searched for her first child and repeatedly attempted to escape Gilead. Season 2 had its highlights: a stunning performance from Yvonne Strahovski as an increasingly conflicted Serena Joy, an episode that essentially amounted to a riveting one-woman show by Moss, a fascinating (if brief) foray into the geopolitics of Gilead. But it was mostly an excruciating slog, opening with too many gratuitous scenes of violence against women and culminating in an absurd finale that served only to prolong what should have been a miniseries for yet another season.

Ever since Lost became a mass-cultural phenomenon despite being willfully disorienting and morally simplistic, television has favored dramas that feel more like shell games than stories. And like Lost, HBO’s expensive sci-fi epic Westworld has had some viewers wondering since the beginning whether there even is a ball under any of those shells. A stunning season 1 finale suggested that the show was finally ready to say something profound about technology, consciousness and violence—and to justify parallel timelines that functioned mostly to muddle a simple plot. So it was disappointing when, aside from a few standout episodes (“Kiksuya,” which told Ghost Nation leader Akecheta’s life story, and the Shogun World digression “Akane No Mai”), season 2 proved just as needlessly opaque. After ten episodes, who didn’t want to hurl themselves into some pre-programmed digital afterlife?

Here’s how exhausting 2018 has been: It was only nine months ago that Roseanne Barr resurrected her groundbreaking eponymous sitcom—and it’s been just seven months since she sent the racist tweet that got the show canceled. For anyone who has followed Barr’s descent from feminist icon to MAGA mouthpiece, the whole affair felt sadly inevitable; it’s difficult to believe that her castmates and ABC execs didn’t see something like this coming. What got lost in the scandal was the horror of watching a bothsideist new Roseanne wade into the same morass of political incoherence that had swallowed its star, seemingly unbothered by the dissonance in a matriarch who’d defended the poor for decades suddenly turning against universal healthcare. And yet, The Conners, this fall’s Roseanne-free comeback, finally made good on the revival’s promise of an empathetic portrait of a working-class white family in the Trump era. 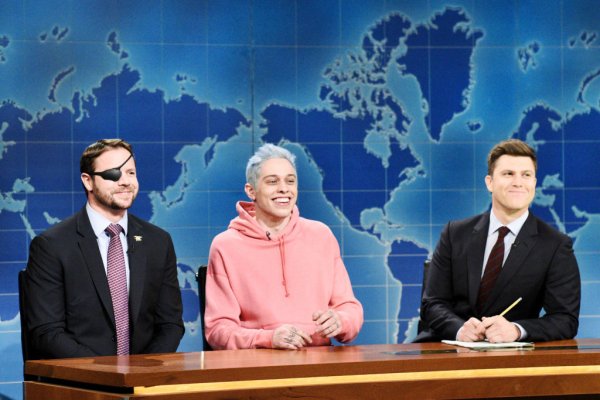