A Promising Way to Help Drug Users Is ‘Severely Lacking’ Around the World, Report Says

Global funding for harm reduction programs is in “crisis,” according to the latest Global State of Harm Reduction report, potentially threatening the effectiveness of HIV, hepatitis and drug overdose relief programs worldwide.

Harm reduction policies and programs are meant to curb the negative effects associated with illicit drug use — such as overdoses and the spread of blood-borne illnesses like HIV and hepatitis C — rather than focusing solely on stopping substance use. Proponents, and plenty of research, suggest these practices can have a sizable impact on public health, and help drug users who can’t or don’t want to quit. But some critics feel that these practices condone or enable illicit drug use, and they’ve historically faced pushback from lawmakers.

Perhaps owing partially to that controversy, harm reduction programs such as supervised injection facilities, needle exchanges and drug testing sites are “severely lacking in many countries,” according to the new report. Globally, funding for harm reduction programs in vulnerable low- and middle-income countries reached just $188 million in 2016 — the same amount recorded in 2007, and a price tag far below the $1.5 billion that UNAIDS estimates would be necessary annually to manage HIV response efforts among drug users by 2020.

The report also tracked a slight decline in needle and syringe programs worldwide, which aim to provide drug users with clean needles to stem the transmission of blood-borne illnesses like HIV and hepatitis C. The total number of countries offering needle and syringe programs fell from 90 to 86 between 2016 and 2018 — both of which are well below the estimated 179 countries where injection drug use is present, the report says.

During this time period there were, however, increases in harm-reduction programs in some areas. The number of countries offering opioid substitution therapy programs, which supply substances such as methadone and buprenorphine to help drug users wean themselves off of injected narcotics like heroin, rose from 80 to 86. And the total number of drug consumption rooms, where people can use drugs under medical supervision, increased from 90 to 117, largely due to additions in Canada. Drug consumption rooms — which are also known as supervised injection facilities — do not presently exist in the U.S., though cities including Philadelphia and San Francisco are exploring the possibility.

Resources for people who use drugs like cocaine and amphetamines, such as drop-in treatment centers and drug-checking sites that test the content of substances, are also lacking worldwide, the report says. Distribution of the opioid-overdose-reversing drug naloxone is also not keeping pace with consistently increasing overdose rates, particularly in the U.S. and Canada, according to the research.

Improving harm reduction practices like these is crucial, the authors write, given the deadly effects of drug overdoses and the public health ramifications of disease transmission. Nearly a fifth of intravenous drug users worldwide have HIV, and roughly half carry hepatitis C, data shows.

“The evidence is clearly in favour of harm reduction,” the report reads. “It is time that more countries acknowledge this and implement the services that are proven to advance public health and uphold human rights.” 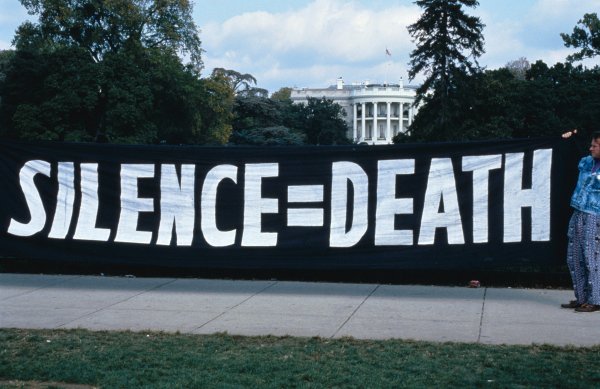