In an aside outlining how former Trump fixer Michael Cohen cooperated with federal investigators, Mueller notes that he “provided information about attempts by other Russian nationals to reach the campaign,” detailing for the first time in court documents another of those attempts.

The aside is included as part of Mueller’s call for a federal judge to be lenient on Cohen and sentence him to no additional jail time in a case brought by federal prosecutors in the Southern District of New York on tax evasion, making false statements in an application for a bank loan, making an illegal campaign contribution and lying to Congress.

In a dueling sentencing memo, Southern District prosecutors called for the judge to impose a $500,000 forfeiture as well as a fine and only a “modest” reduction from the four-to-five year sentence recommended under standard guidelines for his crimes, arguing that he was not as cooperative in their investigation as he was with Mueller.

“After cheating the IRS for years, lying to banks and to Congress, and seeking to criminally influence the Presidential election, Cohen’s decision to plead guilty — rather than seek a pardon for his manifold crimes — does not make him a hero,” acting U.S. Attorney Robert Khuzami wrote.

The memos were interesting for showing a sharp difference of opinion between Mueller’s team and other prosecutors, which will ultimately prove important to Cohen and his family. But the brief insight into Mueller’s investigation into Russian attempts to influence the 2016 election are more compelling for the rest of the country.

In the most telling part, the memo outlines an additional contact between Russia and the Trump orbit, in which Cohen told Mueller about a discussion he had with an unnamed Russian about setting up a meeting between Trump and Russian President Vladimir Putin.

“For example, in or around November 2015, Cohen received the contact information for, and spoke with, a Russian national who claimed to be a ‘trusted person’ in the Russian Federation who could offer the campaign ‘political synergy’ and ‘synergy on a government level,'” Mueller’s sentencing memo says.

According to the memo, Cohen told investigators that the Russian “repeatedly proposed a meeting” between Trump and Putin, arguing that it would have a “phenomenal” impact “not only in political but in a business dimension as well.”

The Russian national argued that the meeting would help Trump in his quest to get approval for a Trump Tower in Moscow, since there is “no bigger warranty in any project than consent” of Putin, Cohen recalled. But he told Mueller’s team that he did not follow up on the proposal since he was already working with someone who had Kremlin connections, apparently a reference to Trump’s business ally Felix Sater.

Though the memo does not name the Russian, the contact described appears similar to a story reported by BuzzFeed News last summer about Cohen and Ivanka Trump’s talks with former Olympic weightlifter Dmitry Klokov in 2015.

The contact described by Cohen fits a pattern of other times when Russia appears to have reached out to people in Trump’s orbit:

• In December of 2015, Trump foreign policy advisor Michael Flynn sat next to Putin at a dinner celebration of the country’s state-controlled television network, RT. He was paid more than $40,000 to attend the event.

• In May of 2016, Trump’s longtime associate, Roger Stone, met with a Russian named Henry Greenberg, who was offering to sell damaging information about Hillary Clinton for $2 million, according to the Washington Post. Stone told the Post nothing came of the meeting.

• In June of 2016, Trump’s campaign chair, Paul Manafort, son Donald Trump Jr. and son-in-law Jared Kushner met in Trump Tower with a Kremlin-connected lawyer who had promised them dirt on Clinton.

• In the months leading up to the election, then-Sen. Jeff Sessions, who was advising Trump’s campaign at the time, met with Russia’s ambassador to the United States, Sergey Kislyak, which later led him to recuse himself from oversight of Mueller’s investigation.

A separate court document filed Friday evening, in which Mueller’s team argued that Manafort had breached a plea agreement by lying to them, also contained multiple references to his contact with Russian-Ukrainian political consultant Konstantin Kilimnik, although most of the details of those contacts are blacked out in the publicly available version of the document.

For his part, Trump sought to skip past the sordid details of the filings and argue that they actually exonerated him — a tactic he has used in the past, inaccurately, on everything from former FBI Director James Comey’s memos to charges against Russian hackers.

White House spokeswoman Sarah Huckabee Sanders echoed that argument, saying the Manafort filling “says absolutely nothing about the President,” while the Cohen filing “tell us nothing of value that wasn’t already known.”

But Bradley Moss, an attorney in Washington, D.C., who specializes in national security issues, said the repeated contacts with people in Trump’s orbit raise the question of whether they were isolated incidents or part of a broader Russian effort.

“My initial speculation, based on how this thing keeps getting worse and worse, is that this was part of a larger coordinated effort,” he told TIME. “That this was all part of a coordinated plan to find some measure of coordination between the campaign and these Russian government officials.”

The Trump Tower Moscow real estate project, which fell through just as Trump was clinching the Republican presidential nomination in 2016, seems to be a big part of that, Moss argued.

“The money was always part of what was being dangled,” he said. “It’s all about the money.”

With Alana Abramson and Abby Vesoulis in Washington 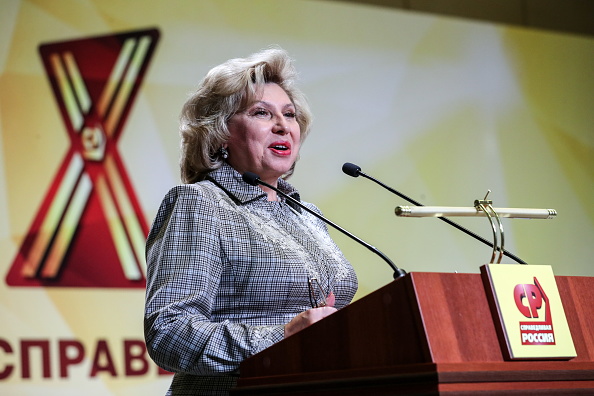