Threats to Journalists Worldwide Are at a 10-Year High, Report Says

A new report has found that journalists face more danger than at any other time over the past 10 years, with 78 journalists killed and a further 326 imprisoned while doing their job or for their work in 2017.

Article 19, a U.K.-based human rights NGO working to advance freedom of expression and information, released the report on Wednesday showing that journalists around the world have faced a substantial increase in physical and verbal attacks compared to previous years. The report also noted that a decline in media freedom around the world, particularly in countries such as Turkey, Russia and Hungary, had been matched by an increase in authoritarian tendencies guided by strongman leaders.

The research also found that 97% of jailed journalists were local reporters often imprisoned on anti-state charges. Over the past year, international attention has been drawn to the cases of imprisoned Reuters reporters Wa Lone and Kyaw Soe Oo in Myanmar, the death of Maltese journalist Daphne Caruana Galizia in a car bomb explosion, and the gruesome murder of prominent commentator Jamal Khashoggi at the Saudi Arabian consulate in Istanbul this October.

The human rights group also expressed concern over declining media freedoms in the U.S. President Trump and members of the current administration have frequently attacked the press, decried factual reporting as “fake news” and revoked the press pass of CNN’s White House correspondent Jim Acosta last month. “The impact of this goes beyond the U.S.,” Article 19 said in a press statement, citing Myanmar’s Aung San Suu Kyi, Syria’s Bashar al-Assad and Venezuela’s Nicolas Maduro as leaders around the world who have adopted the “fake news” epithet in attempts to discredit the media.

“This is a global phenomenon with many violations happening in countries where freedom of expression has traditionally been protected,” said Article 19’s Executive Director Thomas Hughes in a statement. “This report is a wake-up call about the precarious state of freedom of expression and how quickly it can be undermined by those who want to close down free speech, dissent and informed opposition.” 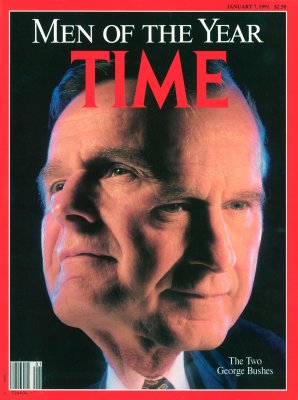 A Half-Century of George H.W. Bush on the Cover of TIME
Next Up: Editor's Pick