A photograph of Kian delos Santos is seen at his grave at the Lalopma Cemetery in Manila on November 29, 2018.
NOEL CELIS—AFP/Getty Images
By Joseph Hincks

A Philippine court has sentenced three police officers to up to 40 years in prison for the high-profile murder of a teenager last year, making them the first state agents to be convicted of a killing under the auspices of President Rodrigo Duterte’s brutal anti-drug campaign.

The court’s ruling on the August 2017 murder of 17-year-old Kian delos Santos represents “a triumph of justice and accountability,” Human Rights Watch said in a statement Thursday, calling it a “warning to members of the Philippine National Police to respect due process and the rights of civilians as they do their job.”

But rights groups also dismissed government claims that the verdict shows the Philippine justice system is robust, and highlighted the thousands of other drug killings that have not been independently investigated.

Officially, police have killed about 5,000 people since Duterte took office on June 30, 2016, and authorities have consistently maintained they only use lethal force in self-defense. Thousands more have been killed by vigilantes and other assailants, whom some investigations have linked to police.

Delos Santos was among at least 91 people shot dead during one of the drug war’s bloodiest weeks last August. Police claimed they killed the teenager after he engaged them in a gunfight. But multiple witness testimonies, backed by CCTV footage, showed that he was beaten, dragged into an alley and shot in the head.

After footage of his murder sparked public protests, Duterte declared the offending officers would go to jail if found guilty. “There will be no luto-luto,” he said at the time, using a Filipino term for cheating justice.

It was a position Presidential Spokesperson Salvador Panelo appeared keen to uphold on Thursday. “Obviously, if the conviction is murder, which is intentional, I don’t think the President will pardon [them],” he told reporters, according to the Philippine Daily Inquirer.

The International Criminal Court in February launched a preliminary investigation into Duterte’s alleged crimes against humanity. A court of “last resort,” it can only act when a state’s own justice system is either unable or unwilling to genuinely prosecute.

Filipino human rights lawyer Neri Colmenares tells TIME he welcomes the conviction of delos Santos’ murderers, but argues that it was public outrage over the CCTV footage that forced the government to prosecute. “His case is just one among thousands” Colmenares says. “I hope that justice will also be served in the other cases.” 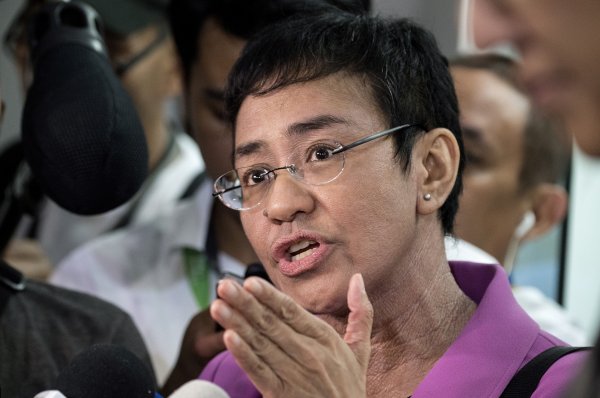