After a photo of Knickers the giant steer began sweeping the Internet on Tuesday, some people began to wonder why the behemoth bovine had reached such a colossal stature.

In the viral photo captured at a farm in Australia, the 6-ft.-4-in. Knickers, who is believed to weigh about 1.4 tons, can be seen standing head and shoulders above a herd of brown cattle. According to Dr. M. Todd See, the head of the Department of Animal Science at North Carolina State University, this size advantage may have something to do with his breed.

“The Holstein Fresian is one of the larger cattle breeds and is the largest dairy breed of cattle in size,” See told TIME. “The cattle that he is pictured with are of beef breed or breed crosses that are more moderate in size, so from a genetic perspective, I would expect him to be larger and taller. A simple but perhaps more extreme analogy would be a Great Dane dog as compared to a Yorkshire Terrier.”

However, See added that Knickers’ massive size could also be related to his older age. “He is 7 years old. Typically cattle raised on pasture for beef would be 18 to 26 months of age,” See said. “While when he reached greater than two years of age his rate of growth would have slowed, he would have continued to increase in weight and size.” 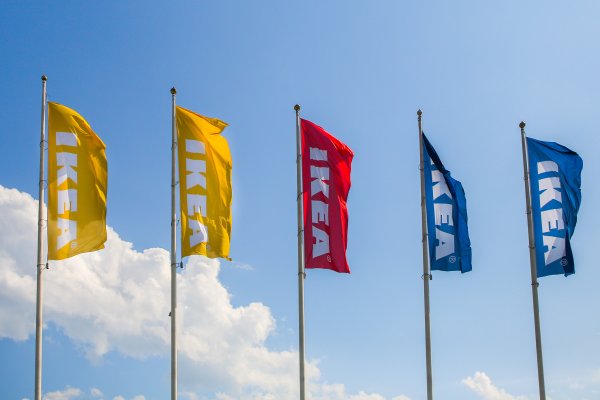 This IKEA Opened Its Doors to Dogs to Let Them Sleep on the Rugs
Next Up: Editor's Pick