However, it’s hardly the first time that tensions between a President and the judiciary have boiled over into the public eye.

Roberts responded to Trump’s public disparagement of the U.S. Ninth Circuit Court of Appeals on Tuesday, with a statement saying, “We do not have Obama judges or Trump judges, Bush judges or Clinton judges. What we have is an extraordinary group of dedicated judges doing their level best to do equal right to those appearing before them.”

Trump responded on Twitter saying, “Sorry Chief Justice John Roberts, but you do indeed have ‘Obama judges,'” before continuing to criticize the Ninth Circuit.

Trump’s public derision of federal courts and the rare rebuke it prompted from a sitting Chief Justice are certainly outside the scope of Washington politics-as-usual. Yet it is certainly not the first time a President has publicly clashed with a Supreme Court, or even with justices who were appointed by members of the President’s own political party. (Chief Justice Roberts was appointed by President George W. Bush.)

Early in American history, Thomas Jefferson and James Madison were incised when their appointed justices did not vote in the way they wished on cases that defined the relative strength of the federal and state governments. Decades later, Andrew Jackson attempted to use a Supreme Court appointment as a play to contain one of his political rivals, nominating John McLean in 1829 after McLean promised not to run for President. McLean subsequently went back on his word, running for President four times, including a 1832 challenge against Jackson.

More recently, President Harry S. Truman declared, “Whenever you put a man on the Supreme Court, he ceases to be your friend,” after two of his judicial appointees sided against him on an important case.

In 1974, the Supreme Court sided against President Richard Nixon. The 8-0 decision, which included three of Nixon’s appointees, forced him to turn over the Watergate tapes to a special prosecutor and led to the President’s resignation. William H. Rehnquist, a fourth Nixon appointee, did not vote in the decision.

Perhaps most famous was President Franklin D. Roosevelt‘s public feud with the Supreme Court. After a Democrat landslide in the 1936 elections, Roosevelt, stymied by a Supreme Court that had struck down major elements of his New Deal economic recovery plan, proposed legislation that would allow him to appoint up to six additional Supreme Court justices. This would have allowed him to effectively pack the court with judges he believed would be more sympathetic to his economic programs. After a major political backlash, the proposal was ultimately shelved.

President Trump’s recent criticisms may seem outlandish in the modern political climate, but it’s another footnote in a history of a taught relationships between branches of government. As Roberts said in his statement on the day before Thanksgiving, an “independent judiciary is something we should all be thankful for.” 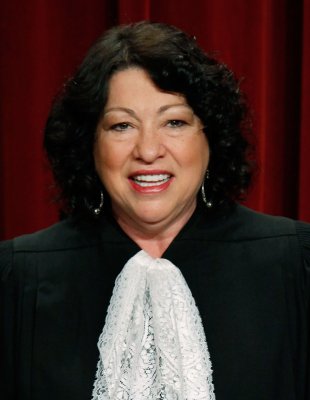 Sotomayor Opens Up About Kavanaugh Coming to the Court
Next Up: Editor's Pick