It’s been a little over a month since Kanye West’s controversial meeting with President Donald Trump at the White House, and, for now, it looks like the rapper is sticking to his new vow to stay out of politics. But that doesn’t mean he’s done with music—or meeting with some of the country’s most prominent figures.

West took to Twitter on Wednesday to share a somewhat blurry photo of himself and Mark Zuckerberg doing karaoke together. “We sang Backstreet Boys’ ‘I Want It That Way,'” he captioned the attention-grabbing shot.

While it’s unclear why Ye and the Facebook CEO were out together in the first place, people still had plenty to say about the get-together.

“Kanye West and Mark Zuckerberg singing ‘I Want It That Way’ together,” is a phrase I never even considered possible until today,” tweeted one confused follower. 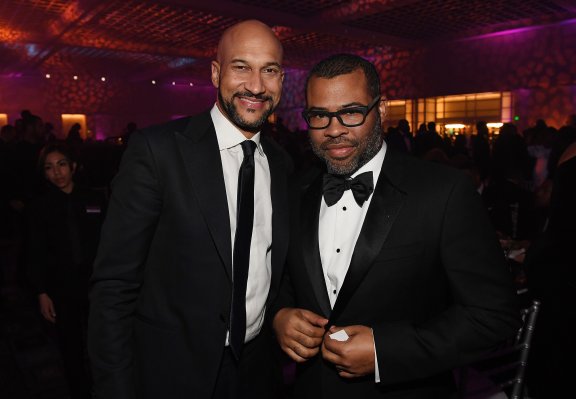 There's a Reason Why Key and Peele's Toy Story 4 Characters Seem So Familiar
Next Up: Editor's Pick