I’ve Worked in Republican Politics. The Party’s Voter Suppression in the Midterms Has Been a Disgrace

A Republican operative of otherwise dubious election-year morality once told me his red line: strategies that attempt voter suppression must be rejected, always. Your candidate should not win by embracing tactics that represent the antithesis of democracy. Not in 2018. Not in America. And especially not in the Deep South. The region’s blighted history of oppression against African Americans reveals what such a strategy truly is and why we must reject it.

During my time in Republican politics, I overlooked plenty of unseemly partisan warfare. But the voter suppression of our citizens that we’ve seen this year is something that no American can ignore.

A representative for Republican candidate for governor Brian Kemp called his opponent Stacey Abrams’ unwillingness to concede before all votes were counted “a disgrace to democracy.” But leaders like Kemp are the real disgrace. Abrams engaged new voters; in turn, Kemp openly said he’d like to suppress their participation. Kemp was also running while serving as secretary of state, the office that oversees elections, and resigned two days after balloting, only when challenged by a lawsuit.

Unsurprisingly, it wasn’t easy to vote in Georgia, because of broken voting machines, or functional machines with missing power cords, or too few machines—and, at the very least, hours-long lines. (A U.S. District judge characterized of Kemp’s leadership in a ruling on Georgia’s readiness: “The Defendants and State election officials had buried their heads in the sand.”) If all this had occurred in Iraq or Afghanistan or Zimbabwe, American election monitors would protest the result.

But it happened here, in districts across the United States. Consider the rule that any Mississippians wishing to vote absentee in the Nov. 27 runoff would need to notarize their ballot during the week of the Thanksgiving holiday. Complicated voting procedures like these—designed to stunt turnout—are the modern-day equivalent of a poll tax.

Worse still, the responses of Republican officials, including the President, have made it clear that they missed the civics lesson explaining that elections need to be perceived as free and fair to establish the legitimacy of elected leadership. So far, the rare member of the party involved in a close contest who has acted in a manner worthy of that mandate is one who will not be serving: with her gracious concession, Arizona Senate candidate Martha McSally has been the lone outlier in a sea of Republicans crying fraud.

That an estimated 113 million people—an increase of 30 million voters from the 2014 midterms—still turned out, despite this mess, demonstrated that Americans want to do their part. In Florida, citizens even expanded the number of people who can participate by reinstating the right to vote to 1.4 million former felons. This devotion deserves a fair process.

The needed reform isn’t that complex. People like Kemp—and his counterparts in Kansas and Ohio who did the same, plus Florida Governor Rick Scott—have no business refereeing an election in which they’re competing. Resign-to-run, or even recuse-to-run, laws should be universal. Additionally, former Secretary of Homeland Security Jeh Johnson has rightly suggested election infrastructure be categorized as critical, like the electric grid. And though I lean libertarian, I would also like to see a new national commission on voting; too many local and state authorities have a proven track record of incompetency.

This is not about abstract ideals. It is about how people live. These communities have paid with their lives and livelihoods throughout history to gain the right to vote. We cannot repay them with broken systems. In her seminal work, The New Jim Crow, Michelle Alexander writes that racism “functions naturally, almost invisibly (and sometimes with genuinely benign intent), when it is embedded in the structure of a social system.” To tolerate this disenfranchisement is to be complicit in the worst of this nation’s past.

I keep thinking about what Barbara Williams, a 58-year-old African-American retiree in Georgia, told the Associated Press. “It was important for me to vote … I’m a human being, and I have a life, and I try for it to be better.” Those words are clarifying: anything short of counting every vote is an abnegation of America’s founding promise as a nation built on the consent of the governed. 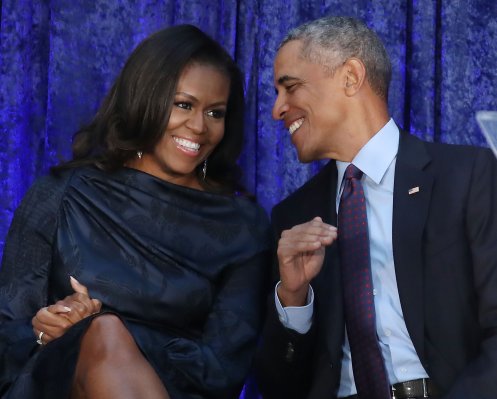 Michelle Obama Reflects on How Her Marriage Has Changed
Next Up: Editor's Pick