A woman went viral for rolling her eyes at Nigel Farage during a debate. (Photo by Matt Cardy/Getty Images)
Matt Cardy—Getty Images
By Ashley Hoffman

It’s really all in the face, and a student who became a meme after rolling her eyes at a Brexit debate proves as much.

University of Birmingham student Harriet Ellis, 21, was just another engaged citizen in the crowd at Monday’s Brexit debate on Channel 4 titled “What The Nation Really Thinks.”

That was until during the live telecast, UK Independence Party member Nigel Farage spoke on behalf of Leave Means Leave. Farage described what he dubbed “Remainers Brexit.”

At that precise moment, Ellis’s eye roll sequence commenced. “The Remainers Brexit comment was the breaking point for me. I was thinking about how and why Nigel Farage has such a large platform to say such statements,” she told TIME.

Farage did not see her reaction at the time, but the collective internet did as the feelings she was communicating hit a nerve.

After she let her peepers do the talking, her expression was quickly shared on Twitter, where it garnered plenty of feelings and appreciation from the collective minds of the Internet who felt bonded to her in that moment.

All one needs to go viral is to get close to someone in power and produce a sidelong glance at a major televised debate. Monday was that day for “eye roll girl.” 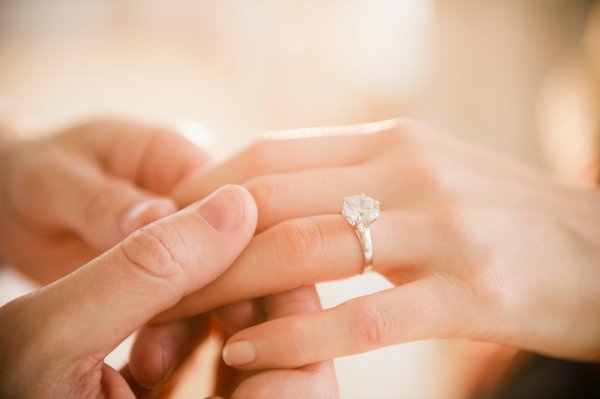 Woman Steps in for Cousin's Proposal Photo Because She's the One With the Fresh Manicure
Next Up: Editor's Pick