Rihanna to President Trump: Please Do Stop My Music at Campaign Rally

President Trump’s use of popular music has landed him in hot water again, this time with Rihanna.

The superstar singer took to Twitter to protest the fact that her song “Don’t Stop the Music” was reportedly played at a campaign rally Sunday for Republican Senate candidate Marsha Blackburn in Chattanooga, Tennessee on Sunday.

Washington Post White House bureau chief Philip Rucker tipped Rihanna off that her hit song had made an appearance at the event.

“[Neither] me nor my people would ever be at or around one of those tragic rallies,” Rihanna tweeted back at Rucker. “Thanks for the heads up philip [sic]!”

“You have the opportunity to make history this election,” Rihanna wrote on Instagram. “The U.S. has only had four black Governors [sic] in its entire history, and we can help make #AndrewGillum the next one and Florida’s first!”

Rihanna isn’t the first popular singer to spurn her work’s use at a Trump event. Last week, Pharrell objected after Trump played his song “Happy” at a rally held in Murphysboro, Illinois hours after a deadly shooting at a synagogue in Pittsburgh.

In August, Aerosmith frontman Steve Tyler sent a cease and desist letter to the White House after Trump used the song “Livin’ on the Edge” without permission at a campaign rally in West Virginia. Tyler had previously asked Trump twice in 2015 not to use the band’s hit “Dream On” during the presidential campaign. 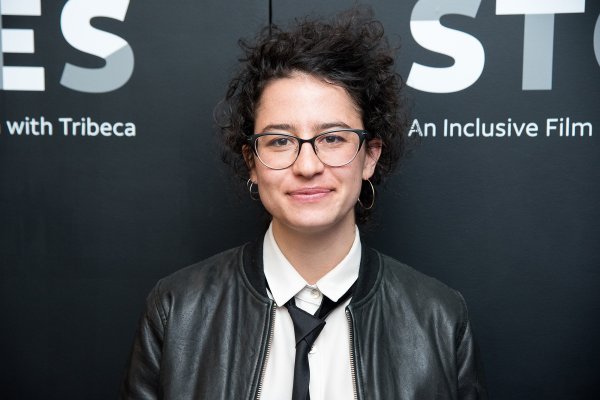 Ilana Glazer Cancels Event at New York Temple After It Was Defaced With Anti-Semitic Graffiti
Next Up: Editor's Pick