The Story Behind TIME's 'Beyond Hate' Cover

When TIME and the artist JR launched our interactive cover-mural project, Guns in America, on Oct. 25, we could not have predicted the depth of tragedy in the hours to come. The cover was meant, as JR and I put it during a discussion of the project at New York City’s Pace Gallery that evening, to be the beginning of a conversation.

Barely 36 hours later, in the third massacre in an American house of worship since 2015, a gunman reportedly shouting “All Jews must die” fired into a crowd at the Tree of Life synagogue in Pittsburgh with an AR-15-style rifle and three handguns. That same weekend, in a haunting protest and memorial, someone painted a blood red “11”–the number of Pittsburgh dead–over a giant version of the mural that JR and his team had pasted on a wall in Manhattan’s Lower East Side, home to generations of Jewish immigrants. Rose petals were strewn across the foot of the canvas. It was, JR said, a “conversation on the wall.”

A red spray painted number 11, an apparent reference to the individuals slain in Pittsburgh, is seen on the "Guns in America" mural created by TIME and the artist JR on the Houston Bowery Wall in New York City.
Andres Kudacki for TIME

The roots of the tree of life–a mystical Jewish image so powerfully rendered by the artist Edel Rodriguez on our cover this week–run deep in America. “Everyone shall sit in safety under his own vine and fig tree, and there shall be none to make him afraid,” George Washington wrote, quoting the Bible, in his famous letter to the Jews of Newport, R.I. (lyrics now familiar to everyone who has heard the music to Hamilton). An unforgettable memory from my own childhood: Friday nights with my grandparents–German immigrants who cherished their American identity–as a rabbi recited the prayer Grant Us Peace, a loose translation of the Hebrew “Shalom Rav,” an organist quietly tapping the melody to “My Country, ‘Tis of Thee.”

How terribly sad to witness the present vitriol. This is the second time in 14 months that TIME has dedicated an issue to the eruption of hate in America, and also the second time we have turned to Edel to capture it on our cover.

This time, it follows what may be the largest attempted assassination of political leaders in American history and the murders of two African Americans in Jeffersontown, Ky., at the hands of a gunman who, police say, first tried to enter a church but found it locked, and the massacre of the 11 Jewish worshippers in Pittsburgh. In Edel’s cover illustration, they are 13 fallen stars. One star remains on the tree. Hope.

Illustrations by Edel Rodriguez for TIME

Read the rest of the Beyond Hate special report:

The Only Way to Fight Hate by Nancy Gibbs

The Meaning of Matthew Shepard by Katie Couric

My Sister Was Killed in Emanuel Church. Now I Know Our Hate Problem Is Bigger Than Our Gun Problem by Malcolm Graham

A Leader Should Appeal to Their People’s Best Instincts. Donald Trump Appeals to the Worst by Jon Meacham 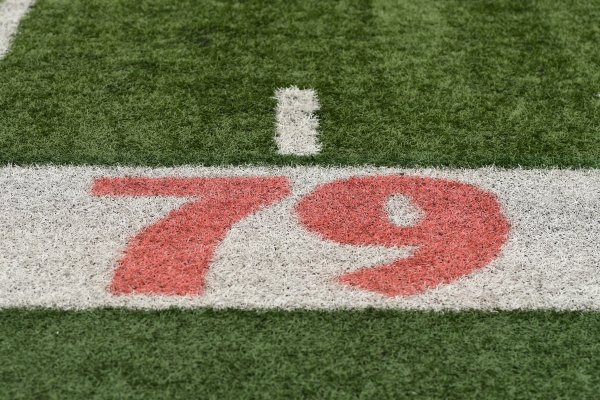 Maryland Football Coach's Firing Is a Watershed for Athlete Activism
Next Up: Editor's Pick