“I thank God no one’s been hurt, and I thank the brave and resourceful security and law enforcement people for protecting us,” De Niro said in a statement Friday. “There’s something more powerful than bombs, and that’s your vote. People MUST vote!”

The actor was an intended recipient of one of at least 13 packages allegedly sent by Florida man Cesar Sayoc, who was arrested by federal agents on Friday afternoon. Attorney General Jeff Sessions confirmed at a press conference Friday that Sayoc was specifically targeting Democrats. “He appears to be a partisan,” Sessions said.

Other intended recipients have also spoken out against the attacks. One of them, James Clapper, the former Director of National Intelligence and frequent critic of President Donald Trump, said on CNN he believed the packages were a form of domestic terrorism.

Another intended target, former Vice President Joe Biden, said Thursday that he hoped the country would pull together after the incidents. “My hope is this recent spate of who knows what they were, pipe bombs being mailed, might wake everybody in my business up a little bit and we will begin to put this nation back together again.” he said.

Congresswoman Maxine Waters, also a target, said in a statement that she is “appreciative of the law enforcement entities who intercepted the package and are investigating this matter.

“I unequivocally condemn any and all acts of violence and terror,” Waters added. 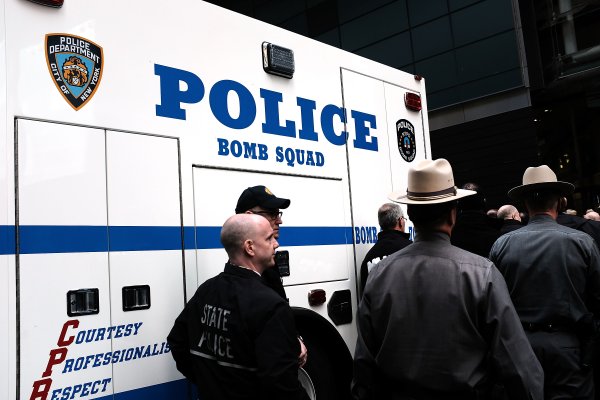 How Authorities Will Investigate the Bombs Sent to Clinton, Obama, CNN and More
Next Up: Editor's Pick