Getting Rid of Cellulite Is Tough. But Here's What Works Best

It was of course the French—the keenest observers and arbiters of aesthetics—who first studied, named and attempted to develop treatments for cellulite.

The term “cellulite” initially appeared in a French medical dictionary back in the 1870s, and the condition was described as an inflammation of cellular tissue. Fast forward 150 years, and dermatologists today know better—though they still don’t know everything. For example, they know that cellulite is not a sign of inflammation or any other type of medical concern. It’s a completely harmless and purely cosmetic condition that affects up to 98% of women, and usually shows up in their thighs, buttocks or upper arms. But its underlying causes are still debated by experts who study it.

“No one knows exactly what causes cellulite, but it’s clearly related to estrogen presence in the skin,” says Dr. David Goldberg, a clinical professor of dermatology at Mount Sinai’s Icahn School of Medicine. Goldberg says cellulite is mostly unknown in men, apart from those taking estrogen therapies for conditions like prostate cancer or those who have conditions that raise their levels of the female sex hormone. But exactly how estrogen leads to the formation of cellulite is a mystery.

One thing researchers know for sure is that cellulite starts well beneath the skin’s surface. “Cellulite is a disorder of the subcutaneous tissue, not of the skin,” says Dr. Andrea Sisti, a plastic surgery resident at the University of Siena in Italy and coauthor of a 2015 review on cellulite treatments.

Think of your skin as a blanket laid on top of an underlying mattress of fat. That fat is separated and contained in a system of small compartments, sort of like a honeycomb. And the fibrous walls of those compartments are attached to the upper blanket of skin. If that fat stays put within its compartments, the skin on top of it remains smooth, says Dr. Mathew Avram, an associate professor of dermatology at Harvard Medical School and director of the Dermatology Laser & Cosmetic Center at Massachusetts General Hospital. But if the fat bulges or “herniates” beyond the walls that enclose it—either all the time, or when pinched or compressed—the overlying skin can become dimpled. This is cellulite, Avram says.

“In women, the fat lobules are larger and they’re oriented so that it’s easier for them to push out and create a lumpy appearance,” he says. “In men, the lobules of fat are smaller and the tissues that separate them are crisscrossed more than they are in women, so that prevents herniation.”

Once you understand the underlying architecture of cellulite, it’s easier to recognize the challenges involved in treating it—namely, reorganizing the interaction of fat, tissue and skin. Goldberg says topical creams don’t work. “Liposuction also won’t help, and can actually make the cellulite worse,” he says. The same is true of “sculpting” techniques that aim to reduce or remodel the fat beneath the skin.

So what does work?

Maintaining a healthy weight won’t prevent cellulite, but it can mitigate it. “The more weight you gain, the worse its appearance becomes,” Goldberg says of cellulite. Along with staying trim, he says weight training may also minimize the look of cellulite by tightening the overlying skin. “There’s no question that if you stay in good shape, that could lessen its appearance,” he says. But blasting your quads or butt isn’t a cure-all. “Plenty of people who work out a lot and are in great shape still have cellulite,” he adds.

Many different cellulite-reducing devices and treatments are on the market. But experts disagree on how well these work. “Many of these devices and concoctions have only limited, if any, science to back up their validity,” Avram says.

He mentions one FDA-approved treatment called Cellfina, which uses a small needle-like device to shear the bands of tissue that pull down on the skin and cause dimpling. “It doesn’t treat the more common ‘cottage cheese’ appearance of cellulite, but it can reduce dimpling for three years or more,” he says.

Meanwhile, Goldberg says there are a variety of energy-based radiofrequency devices that work by shrinking and rebuilding the collagen fibers that separate the cells of fat. “This tightens the skin, and lessens the appearance of cellulite,” he says. Especially if someone starts young—before the cellulite has grown very prominent—these radiofrequency devices can be effective, he says. But several upfront treatments are needed—each costing between $200 and $750—and you’d need twice-yearly follow-up treatments to maintain the benefits, he says.

Other remedies—including shock-wave and laser-based techniques—may provide some short-term improvements, Sisti says. “But there’s is not a definitive therapy for this condition,” he adds. “The maintenance of long-term results is one of the main limitations of anti-cellulite treatments.”

Scientists don’t even know why people get cellulite in the first place. (“Maybe it has something to do with reproduction,” Avram says, “but who knows.”) More research is indeed needed. But if you’re worried that cellulite is a sign that you’re unhealthy, rest assured that it’s a completely normal and benign condition. In fact, people who don’t have any cellulite seem to be the outliers.

The original version of this story misstated Dr. Avram’s first name. It is Dr. Mathew Avram, not Dr. Matthew Avram. 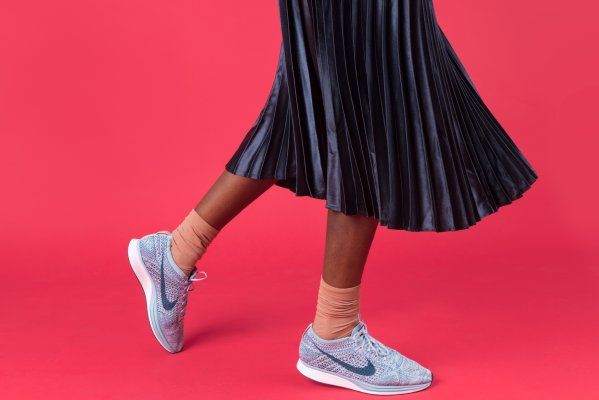 The Case For Taking a Walk After You Eat
Next Up: Editor's Pick