11 New Books to Read This November

For those seeking relief from the political frenzy that is a midterm-November, look no further than a bookshelf full of escapist new reads covering everything from murderous sisters, creepy resorts and the science of dreaming.

Berlin rose to critical acclaim after a collection of her short stories, A Manual for Cleaning Women was released in 2015 — over a decade after her death. Twenty-two of her remaining stories she wrote while alive, arranged posthumously once again, delve into family, love and addiction.

The Feral Detective by Jonathan Lethem (11/6)

Phoebe Siegler’s search for her friend’s missing daughter Arabella leads her to Charles Heist, a lonely detective who is particularly adept at these types of cases. The pair travels through the deserts of California to learn that Arabella is in serious danger — danger that only Heist knows how to end, due to his own complicated relationship with the vagabonds of the area.

The latest guests to check into a hip wellness retreat destination have no idea what they’re in for. Big Little Lies author Liane Moriarty is back with another page-turner, swapping a dramatic school fundraiser for a luxury health resort that might change the course of nine strangers’ lives.

Prize-winning Japanese author Motoya offers a collection of 11 stories that fuse the banality of the everyday with dreamlike elements of fantasy. Motoya explores marriage, gender and power through stories that begin with real life — the titular story is about a woman who decides to become a bodybuilder — and slowly turn surreal.

Lena’s past relationship with a senator, Victor, comes back to haunt her when a student activist, also connected with Victor, is run over by a bus. This timely thriller examines the power influential men hold over women and leads Lena to question everything — from the nature of the student’s death to why she was unable to speak up sooner about the grim details surrounding the end of her and Victor’s relationship.

Buy now: Those Who Knew

The one political title on this month’s list promises the personal side of an icon’s story. The former First Lady is touring the country at 10 major arenas across the country to promote her memoir. Ever since the Obamas’ reported $65 million joint book deal was announced, readers have been anxiously awaiting the arrival of Becoming.

In this book of essays and speeches, the literary heavyweight writes about his relationship with the world, ranging from the personal to the political. He’s as insightful both in his reflections on being a young person in New York as he is in his thoughts on the necessity of birds for our ecosystem’s survival.

Fiction and history come together when Myshkin searches for answers about the mother who abandoned him as a boy, leaving him in a world he didn’t understand. He discovers his world — India as it fought for freedom before World War II — through the story of his mother, an artist desperate for her own independence.

Buy now: All the Lives We Never Lived

My Sister, the Serial Killer by Oyinkan Braithwaite (11/20)

In her buzzy debut, Braithwaite tests the bond of sisterhood in a dark yet funny examination of violence, loyalty and family. Upon learning that her sister has killed a third boyfriend, protagonist Korede works to thwart any growing suspicion toward their family — until she discovers her sister’s next potential victim is the doctor for whom she’s been harboring feelings.

Why We Dream: The Transformative Power of Our Nightly Journey by Alice Robb (11/20)

If you’ve ever wondered about the meaning of a dream — from the seemingly random to the scarily lifelike — journalist Robb’s Why We Dream will provide some insight. Robb dives into the theories surrounding what happens while we’re asleep, investigating how dreams relate to our reality.

Buy now: Why We Dream: The Transformative Power of Our Nightly Journey

Amy Reed plays with her past, present and future by experimenting with a cutting-edge virtual reality service in Silicon Valley. Schulman, the best-selling author of This Beautiful Life, tackles fate, love and the ever-growing influence of technology on our lives by asking, “What if?”

Buy now: Come With Me 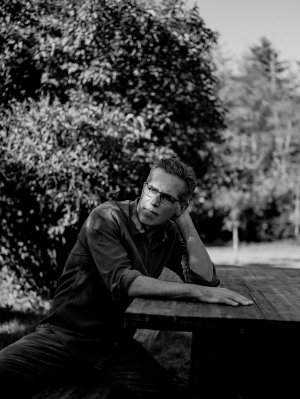 A Beloved Author Turns the Trump Era Into a Rowdy Detective Story
Next Up: Editor's Pick