Julia Louis-Dreyfus on What She Learned From Battling Breast Cancer: 'Health Care Should Be For All'

During an appearance on Jimmy Kimmel Live!, Louis-Dreyfus proactively addressed her cancer diagnosis.

“I’m good. I’m here. I know we have to get this cancer sh-t out of the way so bring on the questions,” she said humorously before confirming to Kimmel that her cancer was gone. Louis-Dreyfus then used her story to show her support for affordable healthcare for all, saying that she would have been able to get well without it.

“I very much considered the notion that, as someone battling this disease, the idea that I might not have health insurance, which I do thanks to my great union, is completely terrifying,” she said. “Health care should be for all. I believed that before; now I really believe it.”

Louis-Dreyfus then encouraged people to visit Multiply Your Vote, an organization she’s done PSAs and work for recently. The group has recruited thousands of volunteers for the upcoming midterm elections.

Watch her full interview with Kimmel below. 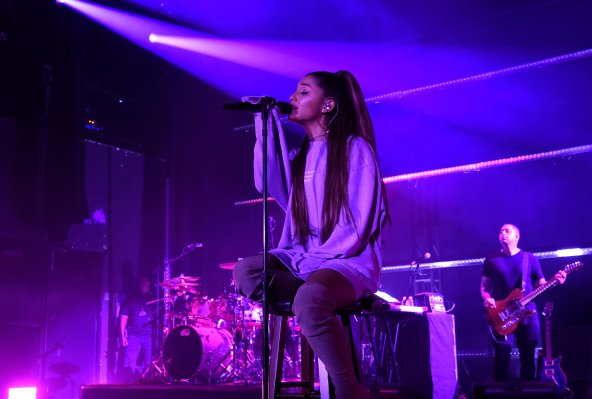 'It's Very Sad.' Ariana Grande Explains Why She Is Taking a Break From Social Media
Next Up: Editor's Pick