Henri J. Barkey is the Cohen Professor of International Relations at Lehigh University and an Adjunct Senior Fellow for the Middle East at the Council on Foreign Relations

Predictably Pastor Andrew Brunson was released following a court appearance on October 12 from custody in Turkey after two years of incarceration for supposedly supporting terrorist groups. This was part of a fantastical indictment that involved secret Mormon missionaries (Brunson is a Protestant mind you) and secret witnesses.

He was discharged not because the “Turkish justice system” deemed him innocent but rather because the Turks were afraid that Trump would unleash another series of tweets that could undermine the Turkish lira and contribute to an already galloping inflation. Turkey is at the beginning of a deep recession that risks undermining the very foundations of President Recep Tayyip Erdogan’s economic edifice and possibly his electoral coalition.

Brunson’s release may remove one irritant in the Turkish-American relationship. There are many others, including the continued incarceration of three Foreign Service Nationals (FSNs), Turkish citizens who work for the State Department in Turkey and help embassies and consulates with their diplomatic tasks. This is part of a calculated harassment campaign intended to prevent U.S. officials from conducting their traditional work. The Trump administration while voluminous on Brunson has said precious little about the FSNs (and dual Turkish-American citizens languishing in jail). One of those FSNs has worked for the U.S. for 37 years and suffered through official intimidation campaigns for much of this time.

There are two other points of dispute between the two countries. One is Erdogan’s planned purchase of Russian S-400 air defense missile system that is likely to compromise the F-35 brand new U.S. fighter jet. The U.S. Congress has already threatened to prevent the Turks from purchasing the F-35 in the event the S-400 sale goes through. Second, and far more worrisome, is Turkish displeasure at the U.S. alliance with Syrian Kurds against the Islamic State, ISIS. Turkey sees the Syrian Kurds as an extension of their own and as such as a strategic threat. Syrian Kurdish successes in conjunction with the Americans may result in similar outcome as in Iraq where Iraqi Kurds have established their own autonomous region. If Syria were to follow, Turkish Kurds who have rebelled on and off for almost a century will think it is their turn. On the day when Brunson was released, Erdogan threatened to intervene in Syria, specifically in a U.S.-Kurdish controlled city, Manbij, to cleanse it of Kurds. Though bluster, Erdogan’s threats and his daily anti-American rhetoric contribute to a corrosive atmosphere for Americans in Turkey.

The Brunson release is not a win for the Trump administration. Washington had to bargain with Ankara and a Turkish banker serving a sentence in New York for engineering a massive violation of U.S. sanctions against Iran. He will probably be allowed to serve the remainder of his sentence in Turkey. His bank, Halkbank, is scheduled to be fined by U.S. Treasury for the same sanction violations although the amount could be reduced significantly. In other words, Erdogan’s hostage taking policy has produced some results. Also, Trump allowed for these hostage situations to fester for far too long.

Still, Erdogan comes off poorly from this episode. Everyone around the world, save for his own public who never get to see any news critical of him as he completely controls almost all press outlets, now knows that the “Turkish justice system” will take orders from the president. At the October 12 hearing, no less than four secret witnesses suddenly and simultaneously recanted their testimonies and claimed they were misunderstood. Where were they all this time when their testimonies were bandied about by the “Turkish press” as proof of Brunson’s culpability? There are tens of thousands of Turks incarcerated, some well-known abroad, including Osman Kavala, the NGO leader and Ahmet Altan, a journalist and novelist, who have been subjected to similar calumnies Brunson has had to endure. But since they are Turkish citizens, they are unlikely to be saved. 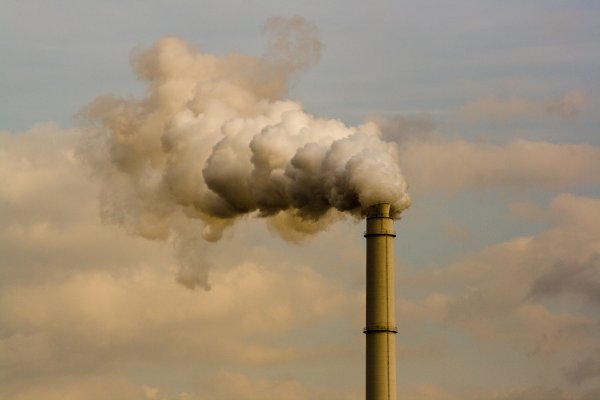 It's Time for Environmentalists and the Energy Industry to Work Together
Next Up: Editor's Pick