President Donald Trump is looking to influence the 2018 elections with a strategy he knows well: dominating the news.

With less than a month until the first midterms of his presidency, Trump has been ramping up media appearances, hosting more campaign-style rallies to stump for congressional candidates and using every trick he knows to tap the 24-hour cable news cycle.

On Thursday, that meant hosting rapper Kanye West at the White House, who gave a passionate but disorganized 10-minute soliloquy about Trump’s “male energy,” relations with North Korea and his belief he was misdiagnosed with bipolar disorder.

“Let’s stop worrying about the future; all we have is today,” West said, in a speech that was broadcast on TV. “Trump is on his hero’s journey right now. He might not have thought he’d have a crazy mother-fucker like (me).”

Earlier in the day, Trump himself gave an extended 45-minute interview with “Fox & Friends” that touched on financier George Soros, former Attorney General Eric Holder and a theory offered, without evidence, that Hillary Clinton colluded with Russia in 2016, among other things.

In addition to these off-the-cuff remarks, Trump has also been hitting the campaign trail to boost Republican candidates. In just the past week and a half, Trump has traveled to Tennessee, Mississippi, Minnesota, Florida, Iowa and Pennsylvania.

In each of these settings, Trump makes news and changes the narrative, engaging in the hand-to-hand combat style of politics he enjoys. On Oct. 2 in Mississippi, Trump mocked Christine Blasey Ford, who had accused now-Supreme Court Justice Brett Kavanaugh of sexual assault, for gaps in her memory. On Oct. 9 in Iowa, he indulged his crowd in a “lock her up” chant with a new target: Sen. Dianne Feinstein, a Democrat from California and the ranking member of the Judiciary Committee. On “Fox & Friends,” he insulted potential 2020 challengers, saying of Massachusetts Sen. Elizabeth Warren, “I have more Indian blood in me than she does and I have none, unfortunately.”

As in 2016, these moments are just compelling enough that they will end up getting replayed and discussed on cable news for the rest of the day, keeping the conversation centered on Trump.

That could make it hard for Democrats to break through in the crucial final weeks before Election Day with a different message on health care or other issues. But it’s also cut against Republicans who once hoped to run on the 2017 tax cuts.

In a phone interview with TIME from Air Force One on Wednesday, Trump argued that the rallies and other remarks would help get the word to his supporters about his accomplishments.

Read More: How the Midterms Will Test Trump’s Hold on the GOP

But while the White House believes that putting Trump front and center will help them politically, Democrats think it may help them instead.

Democratic strategists note that it’s historically difficult for sitting presidents to motivate their voters during midterms. In 18 of the past 21 midterm elections, the political party of the sitting president has lost seats in the House, according to data from the American Presidency Project, and in 15 of the past 21 the party in the White House has lost seats in the Senate.

“The more that Trump becomes the issue, it helps probably Democrats,” says Kenneth Baer, a former Obama official who is now CEO of Crosscut Strategies. As Trump gins up controversy and cultural issues in his appearances, Baer says Democratic candidates should focus on policy — health care, infrastructure and “kitchen table issues” that will motivate their voters.

Recent polls support that argument. An ABC News/Washington Post survey of 1,003 adults conducted from Aug. 26-29 found that 56% of those who approve of Trump’s job as president said it was important to vote this year compared to past midterms, but a much larger 73% of those who disapprove of Trump said the same.

Ultimately, Baer added, the president may not be able to change the conversations going on in each state and congressional district that much.

With additional reporting by Brian Bennett/Washington

Correction, Oct. 11: The original version of this story misstated the year in which President Trump is looking to influence the elections. It is 2018, not 2016. 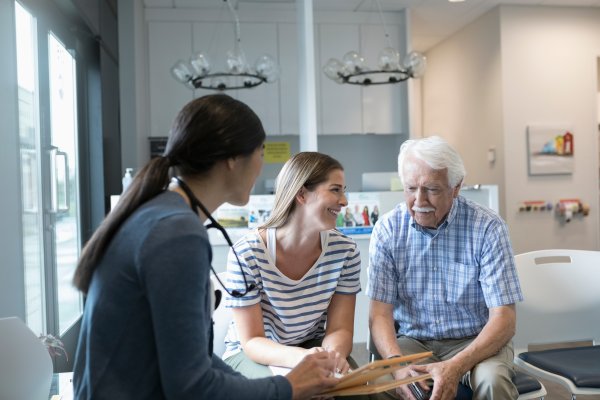 Is Health Care a Sleeper Issue in the Midterm Elections?
Next Up: Editor's Pick