Sen. Rand Paul Worries 'Someone Is Going to Be Killed' in the Current Political Climate

Republican Sen. Rand Paul said on Tuesday he worries that the current political climate will lead to deadly violence — including an assassination.

Paul was referring to tensions over Judge Kavanaugh’s confirmation to the Supreme Court after being accused of sexual misconduct by three women, which have led to thousands of protesters storming the capital. He said the country’s deep divisions might lead to violence and it’s up to politicians to calm things down, not ratchet it up.

“I fear that there’s going to be an assassination,” Paul said in an interview with Kentucky radio station WHAS. “I really worry that somebody is going to be killed, and that those who are ratcheting up the conversation, they have to realize they bear some responsibility if this elevates to violence.”

“When people like Cory Booker say get up in their face … What he doesn’t realize is that for every 1,000 persons who want to get up in your face, one of them is going to be unstable enough to commit violence,” Paul said.

Paul cited his 2017 assault by a neighbor that left him with broken ribs and the June 2017 congressional baseball practice where 5 people were shot, including Louisiana Rep. Steve Scalise, the House Majority Whip.

“When I was at the ball field and Steve Scalise was nearly killed, the guy shooting up the ballfield, and shooting I think five or six people, he was yelling, ‘This is for health care,'” Paul said. “When I was attacked in my yard and had six of my ribs broken, and pneumonia, lung contusion, all that — these are people that are unstable, we don’t want to encourage them.” 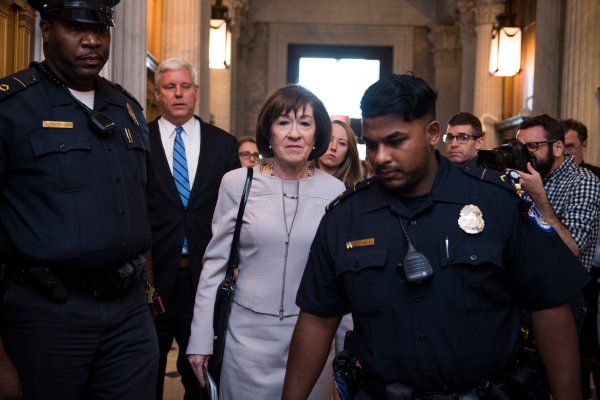 Maine Survivors Call Collins' Kavanaugh Vote a 'Slap In the Face'
Next Up: Editor's Pick