Senate Majority leader Mitch McConnell said the battle to confirm Brett Kavanaugh to the Supreme Court was a ” great political gift” for the GOP.

McConnell told the Washington Post on Saturday that he never considered pulling Brett Kavanaugh’s name from consideration for the Supreme Court after three women publicly accused the judge of sexual misconduct.

“I never thought Kavanaugh would withdraw,” he told the Post. “When your integrity is attacked like his was, as withdraw was certainly no solution to that, so we were in the fight to the finish.”

Last week Dr. Christine Blasey Ford testified in front of the Senate Judiciary Committee detailing an alleged sexual assault that took place in the 1980s. Dr. Ford claimed that Kavanaugh pinned her down and covered her mouth to conceal her screams as he grinded on her and attempted to remove her one-piece bathing suit. Kavanaugh has denied all claims made against him.

On Saturday, hundreds of protesters gathered at the Capitol steps and in front of the Supreme Court with signs opposing Kavanaugh.

“Its been a great political gift to us,” he told the Post about the opposition. “The tactics have energized our base. I want to thank the mob because they’ve done the one thing we were having trouble doing, which was energizing the base.” 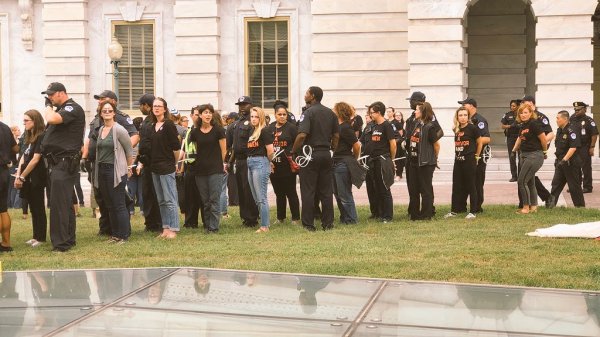