The tax schemes that Donald Trump and his father Fred used in the 1990s were, by any measure, extraordinarily aggressive. The New York Times concluded that some of them amount to “outright fraud,” and the Times does not toss around those allegations lightly. Other wealthy families may walk the line between illegal evasion and legal avoidance of estate and gift taxes but, while a lawyer for the president has denied the allegations, the report argues that the Trumps crossed that line long ago.

Yet the differences between those tax schemes and more common avoidance techniques used by wealthy families and multinational corporations are mostly differences in degree rather than differences in kind. The basic strategies that the Trumps are reported to have used were to undervalue assets that Fred transferred to his children and to overvalue assets that Donald and his siblings transferred back. That’s the same general move that many high-net-worth families make when they transfer wealth from one generation to another. It’s also the same move that multinational corporations make when they shift income offshore.

Take one especially egregious example from the Times exposé. In 1987, Fred Trump bought a stake in a 55-story condominium building on Manhattan’s Upper East Side for $15.5 million. Four years later, Fred Trump sold that interest to his son for $10,000. By selling his stake to his son for much less than it was apparently worth, Fred effectively gave a gift to Donald without paying any gift tax on the transfer. The top gift tax rate at the time was 55% (it’s 40% today), so Fred Trump likely saved several millions of dollars in taxes through this move.

Figuring out exactly how much Fred Trump should have paid in gift taxes is more difficult. This was before the days of Zillow, when reasonably accurate property valuations were not just a click away. And even today, assigning a value to illiquid property is not an exact science. Real estate may be encumbered by mortgages that make its value very different than the Zillow-determined price, and for other assets (e.g., pieces of artwork and shares of nonpublic companies), there is no readily available registry of valuation estimates.

And so taxpayers play what are called “transfer-pricing” games. The Trumps simply played an especially extreme version. The IRS catches transfer-pricing cheats sometimes: it imposes civil penalties on dozens of high-net-worth individuals and families each year for inaccurate estate and gift tax valuations. But no doubt many more estate and gift tax under-valuations slip through the cracks. Multinational corporations also understate the value of patents and other assets that they transfer to their offshore subsidies so that they can shift income from the United States to foreign jurisdictions with lower foreign tax rates. Again, sometimes the IRS nabs them, but not always.

What can lawmakers do to stop this? One response would be to fund the IRS adequately so that the agency can audit more of these transactions. As a result of repeated budget cuts, the IRS’s workforce has plummeted from a peak of 116,673 employees in 1992 to 76,732 as of last year — a drop of more than one third. A severely understaffed IRS cannot carefully scrutinize all the returns it receives to ferret out inaccurate valuations. That leads some taxpayers to play the “audit lottery”: underreporting their tax liability and hoping they won’t get caught.

But while more IRS agents and thus more audits might deter some egregious under-valuations, this approach alone will never amount to more than a Band-Aid over a gaping wound. Absent a dramatic increase in the IRS’s size, most valuations on tax returns will go unreviewed. And simply expanding the scope of audit coverage isn’t enough: according to the Times, the IRS actually audited some of Fred Trump’s gift tax returns and yet failed to flag the most fantastical claims. Fortunately, policymakers have other tools they can use to crack down on valuation games.

One way is to increase penalties. In most cases, the maximum penalty for taxpayers who grossly understate the value of assets on their income, estate and gift tax returns is 40% of the resulting underpayment. If the penalty were far higher than that (say, 100%), then the consequences of losing the audit lottery would be more significant, and so presumably fewer taxpayers would roll the dice. Applying hefty penalties to attorneys, accountants and appraisers who aid and abet valuation games would exert a further deterrent effect.

Congress also ought to look for outside-the-box solutions. Imagine the following law: Any time a taxpayer wants to transfer an asset to a family member, she first has to put the asset on the auction block for 30 days. If a father tries to transfer a stake in an apartment building to his children and says that the stake is worth only $10,000 for tax purposes, let’s make him put his money where his mouth is. He should have to post a description of the asset on a public website, and if anyone else wants to buy the asset from him for more than $10,000, he should be required to accept their bid.

Call it the “crowd-sourcing” of tax enforcement. Hedge funds and other investors would comb through the public website to identify undervalued assets and snap them up. Some taxpayers still might try to transfer properties with low-ball price tags on the hope that they can hide the true value from investors as well as the IRS. But future Fred Trumps would have to think twice before they do so, because if they try to fool the IRS, they’ll run the risk that a savvy investor will swoop in and snag the asset for a bargain. We could apply the same law to corporations transferring assets to affiliates abroad. If they tell the IRS that a patent is worth only $1 million, then let’s make them sell the patent to any competitor who is willing to pay more than that.

The market solution won’t make the transfer pricing problem go away entirely. For one thing, the approach works better for under-valuations than for overvaluations (i.e., cases in which a parent buys an asset from a child for more than it’s actually worth). Still, the market approach could go a long way toward tamping down transfer pricing games.

The Trump tax-scheme story is an extreme symptom of a much broader problem for the tax system. Hopefully the exposure will spur policymakers to explore creative solutions that attack the problem head-on. 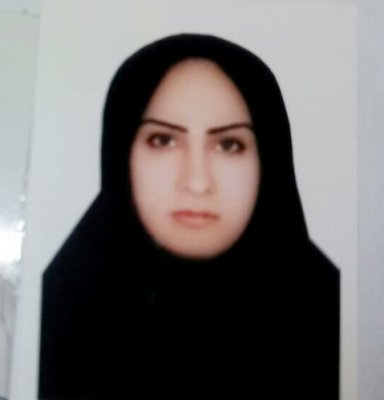 She Was a Teenage Victim of Domestic Violence and Rape. She Sought Help. This Week, Iran Executed Her
Next Up: Editor's Pick