The Recording Academy has invited 900 new music creators to be voting members in an effort to increase diversity at the Grammys, the first endeavor from the Academy’s newly created Task Force on Diversity & Inclusion.

In an interview with Billboard, Task Force Chair Tina Tchen (a former chief of staff to First Lady Michelle Obama) explained that these 900 invitees, all vocalists, songwriters, instrumentalists, producers, and engineers who are female and/or people of color and/or under the age of 39, are a pre-qualified to vote by the Recording Academy as part of immediate action to make this awards season more inclusive.

“Part of the objective here is to ask people to join us, to be part of the change [to] diversify the Academy and the industry as a whole,” Tchen said. “One of the ways to do that is to become a member, become active, become a part of who makes the decision about the Grammy Awards and we are really hoping that will spur more folks than the 900 to join.”

Those invited to join the Academy will be able to vote for the 2019 Grammy Awards as long as they join by November 15. The Task Force has also put work into diversifying their 16 Nominations Review Committees; this year, the demographics of the committees is 51% female and 48% people of color, as opposed to last year, when the committees were 28% female and 37% people of color.

The Recording Academy’s Task Force was created in February following Grammys president and CEO Neil Portnow’s comment that women need to “step up” to be successful in the music industry, following the 2018 Grammy Awards, where only one woman received a major award (Alessia Cara for Best New Artist) during the televised ceremony.

Ahead of the awards show, USC’s Annenberg Inclusion Initiative released “Inclusion in the Recording Studio,” a report that highlighted the extreme gender disparity, especially for women of color, in the music industry. 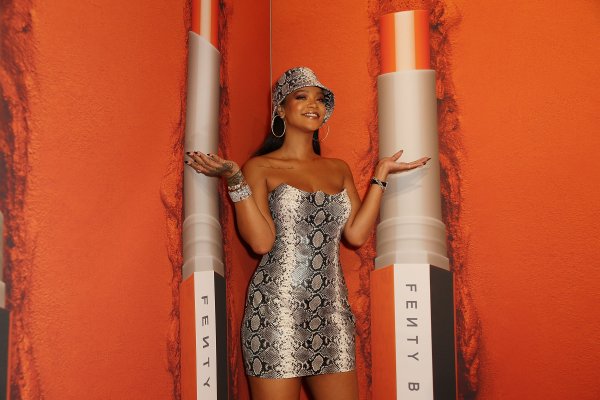 Rihanna Made a Meme of Herself in Response to Fans With One Urgent Question
Next Up: Editor's Pick