Pour one out for the Prosecco drinkers. Well, actually, there have already been plenty of bubbles wasted, as we can see from this viral footage of an Italian distillery’s sparkling wine, which exploded out of its giant fermentation silo in dramatic fashion.

According to video posted to Facebook in late September by L’Enoteca Zanardo Giussano, there was “too much in the silos” at the industrial Prosecco factory in Conegliano, in Italy’s northern Veneto region — and the resulting overflow wasted about 30 thousand liters of Prosecco, or about eight thousand gallons. Just think of all those tens of thousands of brunch mimosas down the drain. In the video footage, you can see the wine gushing over the top of the tall silo with a tractor dwarfed at its base, with a giant pool of Prosecco gathering at the bottom. Not much to celebrate about, despite the drink at hand in abundance. The clip of the vintner’s disaster has inspired strong emotions, however, with over a million views on Facebook and plenty of concerned comments about that wasted beverage.

Prosecco, an Italian variant of sparkling wine, is produced in the northern region of Italy associated with Prosecco and usually composed of the Glera grape (as opposed to, say, Cava from Spain, or Champagne from Champagne in France). While this loss seems like a tragedy, Italy is still estimated to produce somewhere around 600 million bottles of Prosecco this year according to The Standard, making this spill — while devastating to casual viewers on the internet — pretty much just a drop in the (ice) bucket. 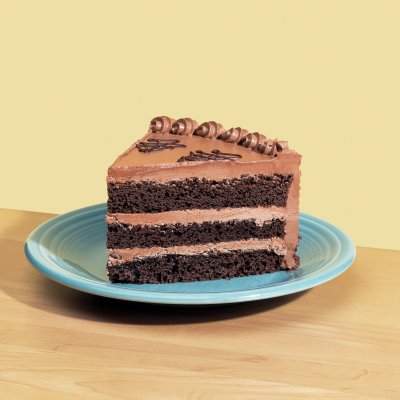 A Shocking Approach to Eating Cake Sparked a Viral Debate
Next Up: Editor's Pick