For new movie Vice, actor Christian Bale has committed himself to the role of former Vice President Dick Cheney.

And because this is Bale, that means really committed. After the trailer for the upcoming film dropped on Wednesday, viewers couldn’t believe their eyes at the complete transformation Bale undertook to become the politician.

Bale, best known for iconic roles like the suave, sociopathic Patrick Bateman in American Psycho and the crime-fighting hero Bruce Wayne in Batman, is no stranger to making big physical changes to really get into character. But this might just be his most dramatic approach to a role yet. Variety reports Bale shaved his head, bleached his brows and gained about 40 pounds for the part, not to mention learning all of Cheney’s idiosyncratic mannerisms.

Vice is scheduled for release on Christmas. Directed by Adam McKay — who also helmed 2015’s Academy-Award-winning movie The Big Short, which happened to star Bale as well — it costars Amy Adams as his wife Lynn Cheney, Sam Rockwell as President George W. Bush and Steve Carell as Donald Rumsfeld. All of the famous actors are cloaked in some impressive adjustments to make their faces more similar to the ones the public knows so well from the Bush Administration during the early 2000s. But people are especially floored by Bale’s change. It’s not every day you see one of Hollywood’s most bankable stars disappear quite this completely into a role. 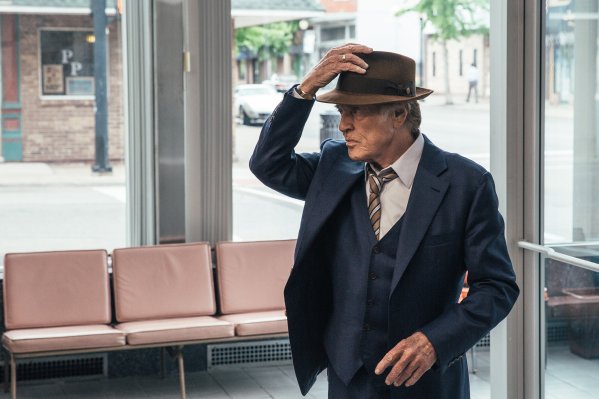 The True Story Behind The Old Man & the Gun
Next Up: Editor's Pick