However, as Colbert descriptively voiced it, that’s where “retiring Republican senator and man with ‘what have I become’ face, Jeff Flake” decided to speak out.

After Blasey Ford testified about how Kavanuagh allegedly sexually assaulted her, Flake released a statement that he planned on voting to confirm Kavanaugh. Following this admission, Flake was confronted on his way back to the chambers in an elevator by two sexual assault survivors, which seemingly affected stipulation that he would only vote Kavanaugh out of the committee if there was an FBI investigation into the assault allegations against the judge.

Colbert thinks Flake’s actions hardly make him a hero in light imminent retirement, but felt his activities during the hearings drew a parallel to a popular superhero. During the committee vote, Flake huddled in a phone booth with Democrat senator Chris Coons.

“Jeff Flake may have gone into that phone booth as Clark Kent,” Colbert said, “but he came out as Clark Kent who is retiring from the Senate so it’s OK if he stands up to Donald Trump.” 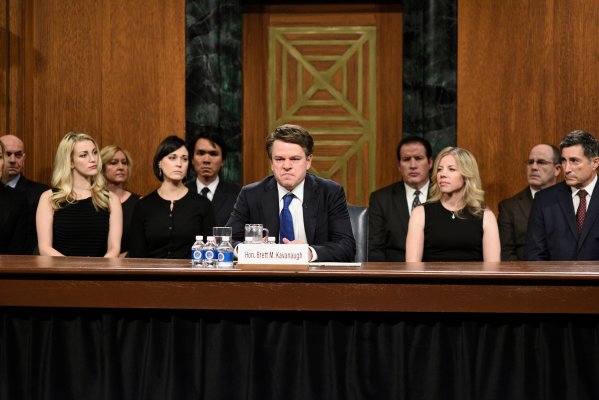