Shortly before the Senate Judiciary Committee voted on confirming Kavanugh, Gonzalez urged her followers on Twitter to contact their senators and ask them to vote against the potential Supreme Court Justice.

“Call your senators and tell them to vote no for Kavanaugh,” Gonzalez tweeted.”The future of our country deserves more than a privileged white boy who’s spent his whole life over-drinking and can’t answer a simple question without acting more immature about it than a 4-year-old.”

Kavanaugh has been publicly accused by three women of sexual misconduct over the last two weeks. The first accusation came from Professor Christine Blasey Ford who brought her allegations to the Senate Judiciary Committee this week. She said in the 1980s, Kavanaugh pinned her down on a bed and covered her mouth as he grinded on her and attempted to take off her one-piece bathing suit. His second accuser, Deborah Ramirez claimed that Kavanaugh exposed himself in front of her during a college party. On Wednesday, a third accuser named Julie Swetnick came forward with claims that she witnessed him “consistently engage in excessive drinking and inappropriate contact of a sexual nature with women in the early 1980s.”

During his testimony in front of the Senate Judiciary Committee on Thursday he denied all allegations of misconduct.

Gonzalez and her Florida classmates have been politically active following the February 2018 Marjory Stoneman Douglas High School shooting that killed 17. They have advocated for gun control, helped organize national marches and have publicly opposed Republican politicians. 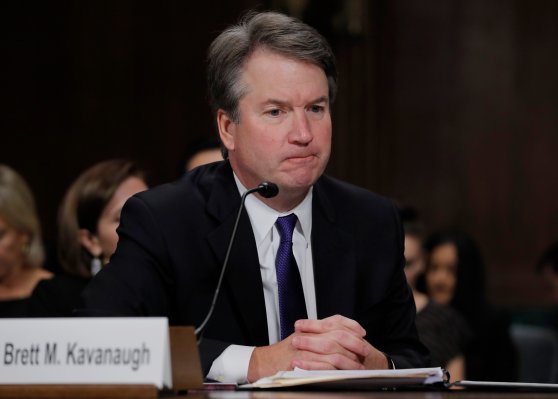 Your Ultimate Guide to the Key Senators' Votes on Brett Kavanaugh's Nomination
Next Up: Editor's Pick