As Christine Blasey Ford testified in front of the Senate Judiciary Committee on Thursday, detailing her allegations of sexual assault against Supreme Court nominee Brett Kavanaugh, her story struck a chord with many women around the country.

People posted reactions on social media and some called into C-SPAN during a break in the testimony Thursday morning, with some sharing their own memories of sexual assault.

One woman, identified as Brenda, from Missouri, told C-SPAN that she had been molested when she was a child and that the testimony was the first time she had thought about her own experience in years.

“I’m a 76-year-old woman who was sexually molested in second grade. This brings back so much pain,” she said on the call. “Thought I was over it but it’s not. You will never forget it. You get confused and you don’t understand it but you never forget what happened to you.”

She added that her family had helped her through her experience, but that hearing Ford tell her story brought back memories.

“I was in the second grade. And it was a seventh grader at my school. And you know on rainy days they have you march around back then the school because they couldn’t let you out. And I would see him and I would get so upset,” she recalled.

The woman said the incident has impacted her ever since. “I’ve had a weight problem my whole life because I was so afraid someone was going to hurt me,” she told C-SPAN.

The woman’s call also seemed to resonate with many, as it quickly spread across social media as an example of how many related to the experiences Ford was sharing on Thursday. 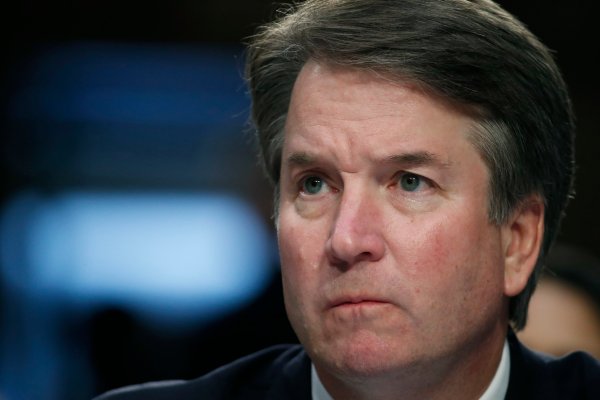 3 Republican Governors Call for Delay on Kavanaugh Vote
Next Up: Editor's Pick