Three Republican governors called for a delay on voting to confirm Supreme Court nominee Brett Kavanaugh so that a more thorough investigation could be completed on allegations of sexual assault.

As California psychology professor Christine Blasey Ford testified on Capitol Hill that Kavanaugh held her down, put his hands over her mouth and tried to take off her clothes, Govs. John Kasich of Ohio, Charlie Baker of Massachusetts and Larry Hogan of Maryland all said that the Senate should not rush to vote.

The Senate Judiciary Committee is slated to vote on Kavanaugh Friday morning in order to set up a vote by the full Senate within days.

On Tuesday, Hogan, who is running for re-election in a blue state, said Ford’s allegations need to be investigated thoroughly.

“There are credible charges and big concerns. They need to be heard,” Hogan said. “They ought to take whatever time it takes to make sure these accusers are heard and he has a chance to respond to them.”

On Wednesday night, Kasich, who is nearing the end of his second term and ineligible to run for a third, and by some accounts, is mulling a run for the Republican presidential nomination in 2020, issued a statement calling for the vote to be postponed.

“Given the questions and allegations surrounding Judge Kavanaugh’s nomination — and the higher standards demanded for a lifetime appointment — the United States Senate should not rush to confirm him,” he said. “In the absence of a complete and thorough investigation, and hearing from all parties involved, moving this nomination forward would be a mistake.”

On Thursday morning, shortly before Ford began testifying, Baker argued that there should be no vote in the Senate. Baker is currently running for re-election.

“The accusations brought against Judge Kavanaugh are sickening and deserve an independent investigation,” he said in a tweet on Thursday.

Meantime, Republican Gov. Rick Snyder of Michigan, also approaching the end of his second and final term, said the threats Ford faced could deter other women who have similar stories from contacting authorities, saying it was “not appropriate” at a summit on sexual assault at Western Michigan University.

Only four sitting Republican governors did not sign the original letter: Baker, Hogan and Govs. Phil Scott of Vermont and Bruce Rauner of Illinois. Later, Rauner asked that his name be added to the list urging senators to confirm Kavanaugh. 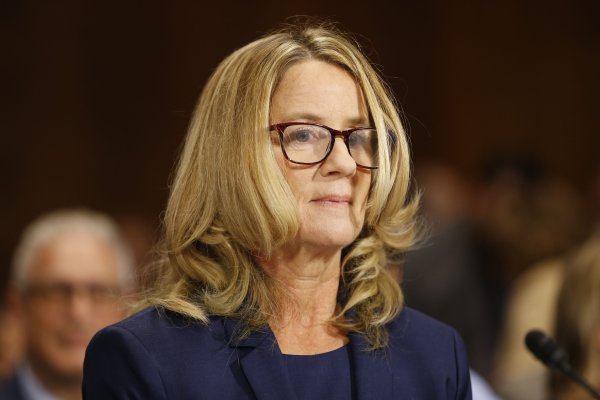