Kimmel opened his show on Wednesday with a monologue that tore apart Trump’s news conference, a solo presser in which the president addressed the mounting sexual assault allegations against Supreme Court nominee Brett Kavanaugh, put his own spin on the laughter of world leaders during his United Nations speech and spoke about the respect China has for his “very, very large brain.”

“Donald Trump treated the media gathered in New York to a rambling, angry, jumbled, dishonest and frequently incoherent hour-and-20-minute long press conference. It might still be going,” Kimmel began. “I don’t even know where to start. The wheels are off the wagon. It’s time to put grandpa in an assisted living facility because he cannot care for himself. It was like the craziest voicemail from your mom ever.” 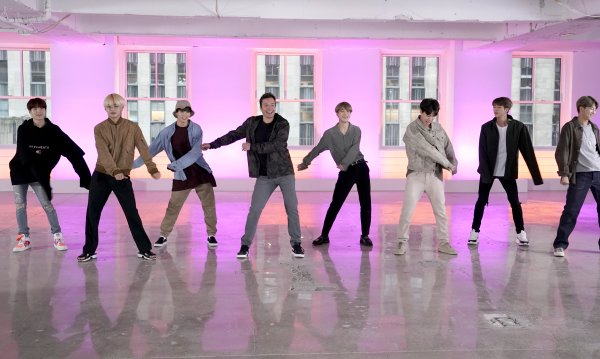 BTS and Jimmy Fallon Try the "Fortnite Dance Challenge"
Next Up: Editor's Pick