‘I Have to Be Able to Protect My Kids.’ This Superintendent Became a Cop So She Could Carry a Gun at School

For the first time in her 20 years as an educator, Julie Kraemer carried a gun to school last week. It marked the culmination of nine months of police academy training for the Hutsonville, Illinois superintendent, who became a law enforcement officer so she could carry a concealed weapon at school and respond to an active shooter if necessary — something she says was “not even on my radar” a decade ago.

“If somebody comes in to try to hurt my kids, we have something other than a stapler to throw at them. We’re no longer a soft target. We have some options,” says Kraemer, who graduated from the police training program on Sept. 22. “I’m just going to be a superintendent that happens to also be a police officer.”

Kraemer’s law enforcement training is one example of the lengths to which educators are now going to try to boost school security and keep students safe as school shootings continue to occur with alarming frequency.

She began her training in January, before 17 people were killed in a shooting at Marjory Stoneman Douglas High School or 10 in a shooting at Santa Fe High School in Texas. But Kraemer had often worried that her rural district — which serves about 320 students, all on the same campus — would be a soft target because there aren’t many first responders in close proximity.

Without the budget to hire a full-time school resource officer, Kraemer decided to pursue the training shortly after a student in nearby Mattoon, Illinois brought a gun into his high school, pulled it out in a crowded cafeteria and shot one student before a teacher disarmed him.

Schools across the country have implemented a variety of new safety measures this year in response to the threat of school shootings, installing metal detectors, hiring more school resource officers and, most controversially, arming some teachers. President Donald Trump has voiced support for arming teachers, but such measures have been met with criticism from gun control advocates, who argue that an educator with a gun might inadvertently do more harm and might not be prepared to effectively respond to an active shooter anyway. The school resource officer on duty during the Parkland shooting, for example, has faced heavy criticism for failing to enter the building where gunshots rang out.

As a newly sworn law enforcement officer, Kraemer — who already had a concealed carry license and the physical endurance of a CrossFit athlete — can now carry a gun on school grounds without violating state law. Last week, she began carrying a concealed semi-automatic handgun every day and hopes that in an active shooter situation, she might be able to cut the response time to a few minutes, even if that means confronting a shooter who is a current or former student.

“I love all my kids, but if it comes to a situation where I’m walking down the hall and one of them is taking the lives of some of my other kids, then no, I won’t hesitate because of that,” she says.

Kraemer graduated after nine of months of learning everything a full-time police officer learns — making traffic stops and arrests, using pepper spray and tasers, practicing hand-to-hand combat, and completing a 40-hour shooting course. She says she doesn’t agree with policies that would allow educators to carry weapons just because they have a conceal carry license or a military background. The lengthy police training was essential, she says.

Chuck Doan, director of the Southern Illinois Criminal Justice Training Program, says that in more than 20 years, he has never had another educator pursue police training for school safety. “It is definitely not that common,” he says. “Although I think it’s kind of a sad state of affairs, it’s important that we have people in our schools who can make a police response when necessary, whether that’s in the form of a police officer assigned by the department or someone like Julie.”

The National Association of School Resource Officers does not track how common it is for school administrators to become law enforcement officers. But Kraemer isn’t alone. Steve Webb, the superintendent in Goreville, Illinois, became a law enforcement officer in 2010 when he could not hire a full-time school resource officer. He now runs active-shooter response trainings in his district and others.

Kraemer says she has never encountered a shooting or other violent incident in her district. But she feels more comfortable entering school now, confident she could respond if necessary.

“I have to be able to protect my kids. If you work in education — I don’t care whether you’re a secretary, a bus driver, a superintendent, a teacher, or a principal — they’re your kids. I have 324 kids that come in every day that are my kids, and it matters what happens,” Kraemer says.

“I hope this place goes another 20, 40, 60 years without it ever happening, but it pays to be prepared.” 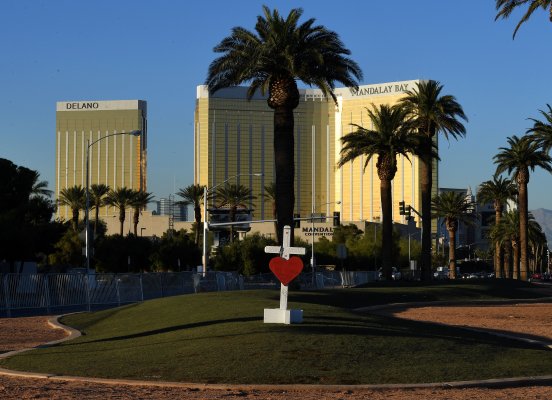