Can American Men and Women Ever Really Be Equal?

Maja, Martin and their child Pim in Stockholm; Martin plans to take eight months of leave
Elin Berge—INSTITUTE for TIME

Enlightened Swedish dads, with their easy security in their masculinity, are literally a state-sponsored selling point. But nothing can really prepare you for them, not even living, as I did for a decade, in New York City’s performative-dad capital of Park Slope, Brooklyn. On the scrubbed streets of Stockholm are dads balancing Joolz strollers, looking up from their cell phones to shake stuffed animals in an infant’s face; bearded dads in beanies with newborns on their laps at a café; dads pushing a pink bicycle up a hill as a helmeted child sulkily hoofs it.

One of the first dads I spot upon arriving in Stockholm, a burly man in a crisp button-down, who tenderly holds a small child’s hand as they wait to cross the street, turns out to be international hockey superstar Peter “Foppa” Forsberg, a father of three. He is very polite as he offers me directions. 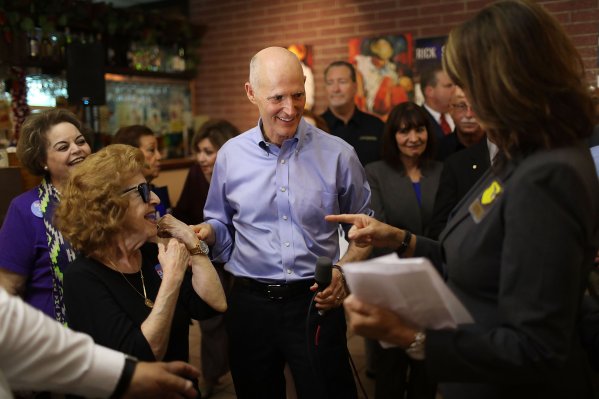 Inside the Republican Plan to Win Hispanic Voters—And Battleground States
Next Up: Editor's Pick