Chart-topping K-pop boy band BTS has been spreading across the U.S. this fall on their stadium tour and with a recent U.N. General Assembly speech, and on Tuesday they got another chance to show off — this time sharing their unstoppable dance moves, thanks to Jimmy Fallon.

In a video segment for the Tonight Show Starring Jimmy Fallon, the seven boys of BTS — that’s RM, Suga, J-Hope, V, Jungkook, Jin and Jimin — tested out their dancing skills by copying the characters of the popular game Fortnite in real-vs.-digital dance battle for the ages. From V’s flawless “flapper” dance to J-Hope’s precision robot and the whole group’s impressive iteration of the viral dance move “the floss,” they proved the animated characters have nothing on them.

BTS also taught Fallon part of the choreography to “Idol,” their newest single and record-breaking music video from the album Love Yourself: Answer. After their appearance on Fallon — which included performances of two of their songs — social media lit up as usual with mentions of the group; they’re known for being able to rally their giant fanbase, known as ARMY, to support them at every endeavor. On Wednesday morning, they continued their New York promotional tour with a performance on Good Morning America that also became a worldwide trending topic online. 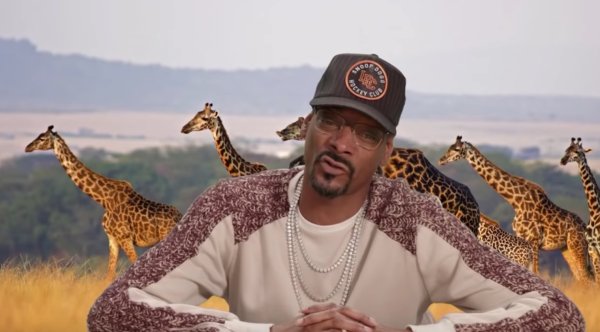 'Eat Up Young Man.' Nature Enthusiast Snoop Dogg Narrates an Epic Showdown Between a Bat and a Scorpion
Next Up: Editor's Pick