President Donald Trump delivered a speech to the United Nations General Assembly on Tuesday in which he touted his Administration’s accomplishments, spoke about the importance of American sovereignty and patriotism, and criticized “the ideology of globalism,” among many other things.

“America is governed by Americans. We reject the ideology of globalism, and we embrace the doctrine of patriotism,” Trump said. “Around the world, responsible nations must defend against threats to sovereignty not just from global governance, but also from other, new forms of coercion and domination.”

Here are the countries, institutions and concepts that Trump criticized during his speech:

The Organization of the Petroleum Exporting Countries (OPEC)

The Global Compact for Migration 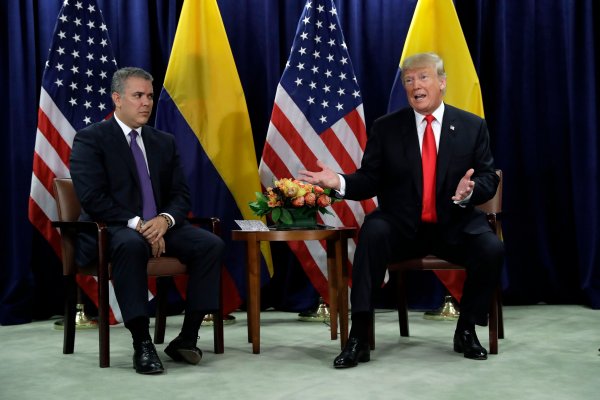 Trump Calls Accusations Against Kavanaugh a 'Con Game'
Next Up: Editor's Pick