After nearly a year of speculation over whether Fantastic Beasts: The Crimes of Grindelwald will delve into Nagini’s origin story, a new trailer for the movie has confirmed that the human version of Voldemort’s beloved snake is set to make her grand wizarding world entrance.

When the first cast photo for Fantastic Beasts 2 was released in November, actor Claudia Kim’s still nameless character was identified only as a Maledictus, which, according to Pottermore, is “a carrier of a blood curse which will ultimately destine them to transform permanently into a beast.”

However, in the preview that debuted Tuesday, there is a sequence in which Credence (Ezra Miller) whispers the name “Nagini” before Kim’s character transforms into a snake inside what appears to be a circus cage.

Kim also spoke about her role as a member of the traveling Circus Arcanus with Entertainment Weekly, explaining that she thinks the human Nagini will not be what Harry Potter fans expect.

“It will be so interesting to see another side of Nagini,” she said. “You’ve only seen her as a Horcrux. In this, she’s a wonderful and vulnerable woman who wants to live. She wants to stay a human being and I think that’s a wonderful contrast to the character.”

There’s also apparently a lot we still don’t know about how Nagini’s magical abilities work. “She has powers that are yet to be explored,” Kim said. “I can’t confirm she has powers like wizards have. And she doesn’t have a wand.” 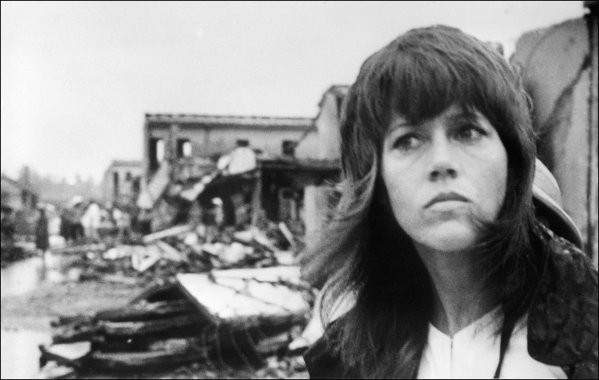 From 'Hanoi Jane' to the Workout: A Brief History of Jane Fonda's Activism
Next Up: Editor's Pick