13 New Books Everyone Will Be Talking About This Fall

By Annabel Gutterman and Julia Zorthian

As we say goodbye to summer and embrace foliage, cozy sweaters and pumpkin-spiced beverages, we also say hello to a slate of new must-reads. From big-name celebrity memoirs (including Michelle Obama’s highly anticipated Becoming) to a fascinating dive into the life of Thomas Cromwell and the return of an acclaimed detective novelist, there’s a page-turner for every reader. Here are 13 of the top books coming in fall 2018.

The acclaimed 1Q84 author is back with his 14th novel translated into English. This two-part epic follows a lonely painter whose discovery of a hidden painting sends him on a mystical quest. (Oct. 9)

Atkinson returns to the World War II era, in which she also set her popular novels, Life After Life and A God in Ruins. And like those critically acclaimed works, Transcription also experiments with an unconventional timeline. The reader first encounters MI5 veteran Juliet Armstrong as an older woman in 1981, before jumping back to her wartime spy days. (Sept. 25)

This case of a missing girl in California, set against the disorientation after the 2016 election, marks Lethem’s first detective story since he rose to fame with Motherless Brooklyn in 1999. (Nov. 6)

Laymon examines his relationship with his mother growing up as a black man in the South, exploring how racial violence suffered by both impacts his physical and emotional selves. (Oct. 16)

Wolf Hall author Hilary Mantel called this deep dive into Henry VIII’s controversial aide a book “we have been awaiting for 400 years.” MacCulloch culled the royal archives to paint a revolutionary. (Oct. 30)

The Moneyball author digs deep into government agencies to explore how short-term decisions to cut funding after the 2016 election could create long-term crises. (Oct. 2)

At a reported $65 million, the joint book deal signed by the Obamas is the biggest in history. The former First Lady’s memoir, perhaps the single most anticipated book of the fall, is out first. (Nov. 13)

All You Can Ever Know, Nicole Chung

Born to Korean immigrants in Seattle and raised by white parents in the U.S., Chung endured prejudice her adoptive family could never understand. Her reflections on identity and culture explore the need to belong. (Oct. 2)

Buy now: All You Can Ever Know

The adult-film actor and Twitter instigator (legal name Stephanie Clifford) promises to divulge plenty — from her alleged relationship with the President to her much-contested NDA. (Oct. 2)

The journalist investigates the mystery of the 1986 Los Angeles Public Library fire, in which 400,000 books burned, and asserts that we still need libraries in the digital age. (Oct. 16)

Ono shares previously unpublished photos and stories from a magical moment in pop-music history: the making of Imagine at Ono and John Lennon’s country home in 1971. (Oct. 9)

World War II narratives often overlook an important detail about the U.S. — it was home to many Nazi sympathizers. Hart examines how regular Americans grew susceptible to hate. (Oct. 2)

The original version of this story misstated Nicole Chung’s birthplace. She was born in Seattle, not Korea. 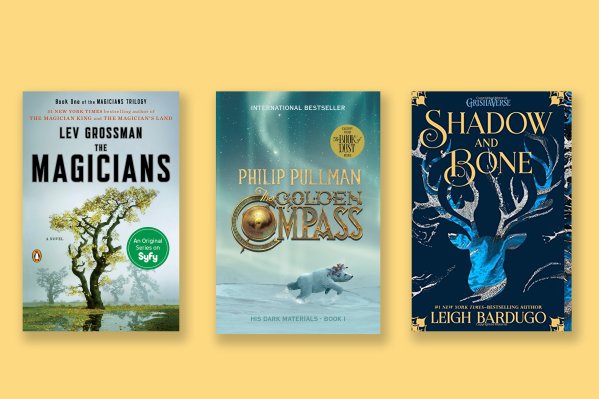 The 10 Most Magical Books to Read If You Love Harry Potter
Next Up: Editor's Pick