Maniac Is the Most Exciting Netflix Drama Since Stranger Things

The Netflix miniseries Maniac is set in New York, but something about its version of the city feels distinctly off. At first, the discrepancies between the real metropolis and the one conjured by Cary Joji Fukunaga, best known for directing the stunning first season of True Detective, are subtle: Tiny robots roam the sidewalks cleaning up dog poop. Lonely people hire actors to impersonate old friends. Things slowly get stranger, until the implausibility of a purple koala that plays chess barely registers. Yet life in the bizarro five boroughs remains mostly familiar. In a voiceover that opens the premiere, Justin Theroux floats a hypothesis: “All the worlds that almost were matter just as much as the one we’re in.” Maniac—the most exciting new drama to arrive on Netflix in the past two years—takes place in one of these parallel realities.

Though they inhabit a slightly alien world, the show’s dual protagonists are all too human. Broke and hooked on an experimental medication, Annie Landsberg (Emma Stone) remains unmoored years after a traumatic incident involving her younger sister. Owen Milgrim (Jonah Hill), the timid, possibly schizophrenic black sheep of a powerful family, loses his dull desk job. They meet at an inpatient drug trial administered by the mysterious Neberdine Pharmaceutical and Biotech, both desperate enough for cash and healing to endure risky tests. Formulated by Dr. James K. Mantleray (Theroux), a scientist who’s left his own internal wounds to fester, the course of three pills promises to heal all mental afflictions, effectively eradicating psychic pain.

Like so many other recent prestige dramas—Mr. Robot, Legion, Westworld—Maniac lives at the intersection of psychology, metaphysics and science fiction. But what sets it apart from those series, whose dazzling visuals and complicated storylines can mask inconsistent writing, is the way it tackles heady themes without sacrificing narrative momentum or character development. Fukunaga made his name with ambitious films like Sin Nombre and Beasts of No Nation, and it shows in Maniac’s epic scale and fast pace. (Episodes that top out at around 40 minutes seem especially brisk now that even basic cable is pushing runtimes past an hour.) Though it’s based on a Norwegian show of the same name, the miniseries feels less like anything on TV than like Eternal Sunshine of the Spotless Mind, 2001: A Space Odyssey and, at times, Mulholland Drive—all mind-bending, heartbreaking, witty movies that are also exhilarating to watch.

Fukunaga leans into these parallels. The living quarters at Neberdine have the same glossy, retro-futuristic white sheen as the interior of 2001’s spacecraft; a manipulative talking computer could be HAL 9000’s mother-in-law. David Lynch’s influence is present in the way the show keeps recasting its leads in new roles: The drugs send Owen and Annie on a series of dream quests that resemble other familiar stories. The characters become married high-school sweethearts in an absurd 1980s heist movie. While he ends up in a gangster flick, she finds herself in a fantasy tale that combines elements of The Lord of the Rings and Game of Thrones.

There’s a purpose to Maniac’s culturally literate surrealism: Its mini-films are metaphors for the subconscious lives of Annie and Owen, two souls stuck at emotional impasses, whose suffering resonates long before it’s clear why they’re in pain. Stone and Hill, who previously shared a screen in the 2007 teen comedy Superbad, show how much they’ve grown as actors in the past decade, delivering the most complex performances of their careers. Owen, in particular, quickly evolves from an irritating cluster of clichés—a sad, privileged underachiever with a savior complex and a compulsion to find meaning in the universe—into a singular, deeply lovable character.

It feels strange to say this about a platform that has only been making original programming since 2013, but Maniac represents a welcome return to form for Netflix. At first, the streaming service seemed to want to compete with creative standard bearers like HBO and FX, cultivating a small stable of high-quality, conversation-starting shows: House of Cards, Orange Is the New Black, BoJack Horseman, Jessica Jones. In the past few years, however, Netflix has expanded its content to rival cable TV as a whole more than any one channel. This enormous effort has yielded a surplus of light comedies, documentary series, foreign-language fare, food and design shows, reality franchises and programming for kids and teens, as well as a trove of original films and a few major misfires.

But that constant stream of content has come at the cost of runaway hits. When Stranger Things exploded in the summer of 2016, it demonstrated Netflix’s power to create big, unifying cultural moments at a time when anything more controversial than HGTV seems to divide American viewers along political lines. Though it’s smarter, darker and more sophisticated than its kid-friendly predecessor, the wild and addictive Maniac is the first drama the service has unveiled that offers a similarly potent mix of irresistible premise, charismatic cast and broad appeal. Five years after Netflix ushered in the era of Peak TV, it’s a relief to see that the medium’s most prolific player still cares about quality. 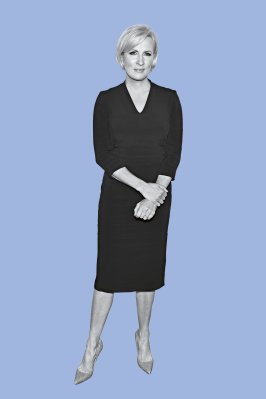