Does Thinking Burn Calories? Here's What the Science Says

You spent Sunday on the couch, skimming your social feeds and watching HGTV. Monday at work was a different story; your job involves creative problem solving and other difficult mental activities. Does the extra brainpower you use at work burn more energy than your Sunday spent watching Fixer Upper reruns?

“The basic answer is yes,” says Ewan McNay, an associate professor of psychology and behavioral neuroscience at the University of Albany.

The brain—unlike any other part of the body—runs exclusively on the sugar glucose, and strenuous cognitive activities require more glucose than simple ones, says McNay, who has studied how the brain uses energy to perform work. During a difficult memorization task, for example, the parts of your brain involved in memory formation will start consuming more energy, but other brain areas will show no such increase.

“You will in fact burn more energy during an intense cognitive task than you would vegging out watching Oprah or whatever,” he says. But in the context of the average person’s overall energy expenditure, the difference in calorie burn from one mental task to another is a tiny amount, he adds.

To put cranial calorie burn in perspective, it helps to understand how your body burns energy. Unless you’re a professional athlete, most of the energy your body uses doesn’t have much to do with movement or exercise. A good-sized chunk—roughly 8% to 15%—goes toward digesting the stuff you swallow, while a much larger portion is required to power your organs and keep you alive and functioning. And no part of you demands more energy than your brain.

“As an energy-consumer, the brain is the most expensive organ we carry around with us,” says Dr. Marcus Raichle, a distinguished professor of medicine at Washington University School of Medicine in St. Louis. While the brain represents just 2% of a person’s total body weight, it accounts for 20% of the body’s energy use, Raichle’s research has found.

That means during a typical day, a person uses about 320 calories just to think.

Different mental states and tasks can subtly affect the way the brain consumes energy. “If we were to put you in a scanner and we looked at what’s going on [in your brain] while in front of the TV or doing a crossword, your brain’s activity would change if we gave you a demanding task, and it would use more energy,” he says.

But if you’re hoping to think yourself slim, Raichle says you’re out of luck. While the brain burns a lot of energy, any changes in brain activity and energy use during a tough mental task are minute: “maybe a 5% change against the backdrop of all brain activity,” he says.

Even if you were to keep your brain immersed in difficult mental pursuits all day long, this 5% change wouldn’t add up to much. “Calorie-wise it would be very modest,” Raichle says, adding that you would expend more energy pacing back and forth.

The bulk of your brain’s energy consumption is put toward sustaining your alertness, monitoring your environment for important information, and managing other “intrinsic” activities. In terms of its energy demands, “an individual thought is cheap, but the machinery that makes it cheap is very expensive,” he adds.

McNay agrees that our brains don’t expend a whole lot more energy during tough tasks than during simple ones. A person doing cognitively challenging work for eight hours would burn about 100 more calories than a person watching TV or daydreaming for the same amount of time, he estimates. “If you were doing something really demanding that uses multiple senses—something like learning to play an instrument—that might get as high as 200 [calories],” he says. “But we’re talking eight hours of learning a new instrument.”

Even in this hypothetical instrument-learning session, the brain’s ability to stay on task would taper off as its stores of glucose dwindle. “You’d run into this depletion effect where you can’t sustain the same level of cognitive performance,” he says. Drinking Gatorade or gobbling a few jelly beans could replenish your glucose stores and help restore your brain to full power. But the calories in those foods would easily outnumber any you’d burn.

However, there could still be a calorie-burning upshot for people who spend their days performing mentally challenging work. Even if you’re only burning a small number of extra calories each day, that could, theoretically, add up to something meaningful over a period of 50 or 60 years, McNay says—so thinking things through is worth it. 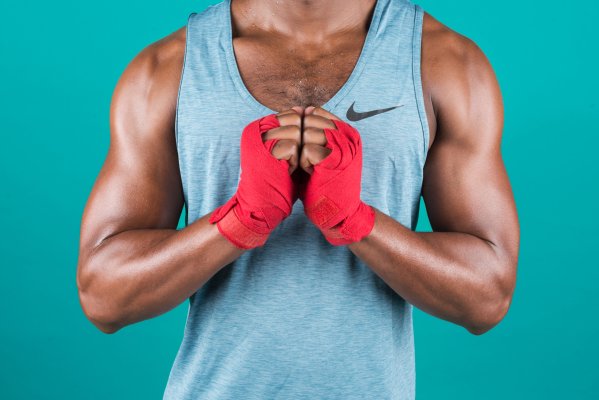 Which Exercise Burns the Most Calories? Here's What Science Says
Next Up: Editor's Pick