Although Donald Glover missed out on the award for Best Actor in a Comedy Series, one of his Atlanta characters still managed to make a splash at the Emmys.

After Bill Hader was announced as the winner in the category, he hugged an audience member who appeared to be Glover disguised as Teddy Perkins—the eccentric agoraphobe who tries to sell Darius (Lakeith Stanfield) a piano in the sixth episode of Atlanta‘s second season.

Glover played the character in whiteface for the show. However, in the minutes following Hader’s win, Glover was spotted in the audience as his normal self. Naturally, people were left wondering what the deal with Perkins’ brief appearance was.

“Why is nobody talking about the fact that Donald Glover (or someone) showed up to the #Emmys as Teddy Perkins from Atlanta?!” tweeted one curious viewer. 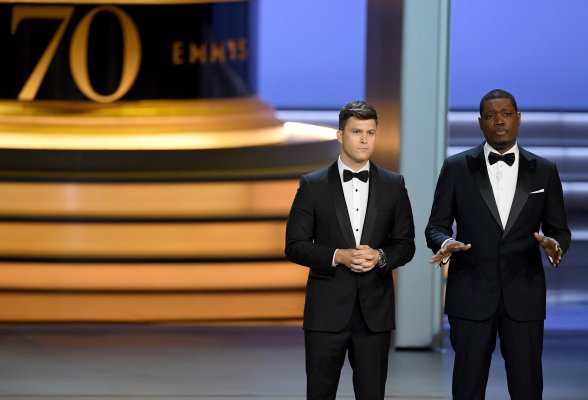 Here Are the Best Jokes From Michael Che and Colin Jost's Emmys 2018 Monologue
Next Up: Editor's Pick