Actor Jenifer Lewis made a statement on the 2018 Emmys red carpet with a show of support for Colin Kaepernick.

Wearing a Nike sweatshirt with a bedazzled swoosh across the chest, black leggings and black and white shoes, the Black-ish star sported the athletic look ahead of the 70th primetime Emmy awards to stand in solidarity with Kaepernick. The former San Francisco 49ers quarterback, whose kneeling protests against racial injustice during the national anthem before football games sparked a social movement last year, became the face of Nike’s new “Just Do It” campaign in September.

“I am wearing Nike to applaud them for supporting Colin Kaepernick and his protest against racial injustice and police brutality,” Lewis told Variety on the Emmys red carpet.

Lewis said she had thought about what she could do that would be a meaningful contribution. “I’ll wear Nike,” she said. “I’ll wear Nike to say thank you. Thank you for leading the resistance. We need more corporate America to stand up also.”

Kaepernick’s endorsement deal with Nike has prompted backlash from critics of the quarterback’s anthem protests, with some customers who filmed themselves destroying products from the company in the wake of the announcement. 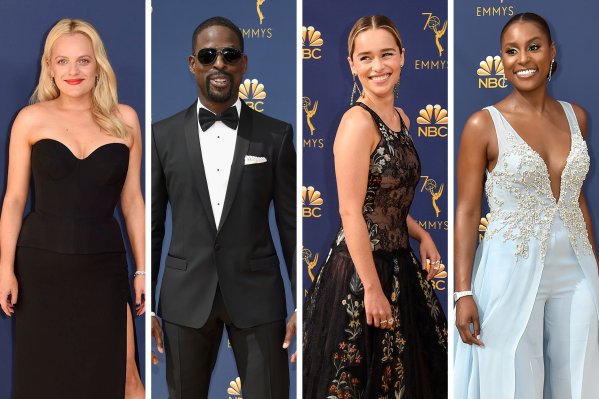 Watch the Emmys 2018 Red Carpet Here
Next Up: Editor's Pick