Traveling abroad can be exhilarating. But sometimes it’s easy to discount the crippling jet leg that can set in after traversing multiple time zones—leaving you exhausted, disoriented and possibly causing you to miss out on your vacation.

Jet lag is “something that can ruin a vacation or plague athletes and musicians or have a businessman or woman not perform at their peak,” explains Charmane Eastman, a professor in the Department of Behavioral Sciences and the founding director of the Biological Rhythms Research Laboratory at Rush University Medical Center in Chicago.

The number of passengers flying internationally in 2017 reached an all-time annual high, with 107.7 million people—up 3.5% from the previous high reached in 2016, according to the U.S. Department of Transportation. That means, more people are likely suffering from jet lag.

But whether you’re flying cross country or halfway across the globe, there are ways to protect yourself. Here, experts reveal the science behind that all-too pesky jet lag—and the secrets to outsmarting it.

The science behind jet lag

Jet lag occurs when the brain cells that regulate our circadian rhythms—which serve as our bodies’ master clock telling us when to wake up, eat or sleep—are out of sync with the time zone we are in, says Jamie Zeitzer, an assistant professor at Stanford University’s Center for Sleep Sciences and Medicine.

Jet lag sets in when you ask your body “to sleep, eat, and be awake at the wrong times according to your internal circadian body clock, times when your body is not ready to handle these activities,” Eastman says. This results in a conflict between the mind and body. And the discord between what your body thinks it should be doing—like sleeping—and what you want it to be doing—like touring a foreign city—can result in a number of physical ailments.

Jet lag can lead to “difficulty sleeping, indigestion, daytime fatigue, reduced mental and physical performance, and impaired immune function,” says Zeitzer. It tends to be worse when you travel across time zones—and the more time zones you cross, the worse it gets. Jet lag may also be more severe when you’re flying east, than when you’re flying west, according to a 2016 study conducted by researchers at the University of Maryland. That’s because our internal clock doesn’t appear to operate on a 24-hour schedule. Instead, researchers believe it’s around 24.5 hours—meaning it’s easier to extend the length of people’s day by flying west across time zones, than shorten it when they fly east.

While jet lag can feel like a nuisance, the impact on the human body is real and frequent flyers can experience long-term health risks, too—like an increased risk of cardiovascular disease, type II diabetes, and even cancer, according to a 2009 study co-conducted by Eastman and published in Sleep Medicine Clinics. And it tends to get worse as you get older, according to the American Academy of Sleep Medicine.

How to overcome jet lag

Jet lag does eventually dissipate as your internal clock resets to the new time zone you’re in, but sometimes it can take your body too long to adjust. Luckily, there are ways to mitigate jet lag—and even prevent it entirely. But it does take some work.

Another trick, according to Eastman, is to gradually shift your circadian clock to the new time zone a few days before flying. This is done by changing when your body is exposed to light and when it is exposed to darkness “to trick your circadian clock into thinking that day and night have changed,” she says. She suggests changing the time of light and dark gradually by one to two hours each day depending on the direction you are flying in.

If you are flying from Dallas to London, for example, you’ll be facing a six-hour time difference. To get ahead of the jet lag, Eastman suggests gradually shifting your body to London time while you are still in Dallas. That means going to bed an hour earlier each night and waking up an hour earlier each morning for six days before your trip. To help your body transition to the new time zone, she suggests using bright lights, like the special light boxes they sell to treat winter depression (also known as Seasonal Affected Disorder or SAD), to keep you awake and alert, and sleeping in a dark room to help you doze off more easily.

But Eastman admits it can be difficult for people to implement this into their life. “People with full-time jobs with fixed hours or with young children have more difficulty changing their schedules before flying,” she notes.

If drastically shifting your schedule isn’t an option, there are other ways to alleviate the symptoms of jet lag. Zeitzer suggests staying well-hydrated because dehydration can exacerbate symptoms of jet lag. She also advises on skipping alcohol on the flight and before bedtime as it can disrupt sleep. Once on the ground, exercise can help travelers stay awake. Zeitzer says it’s also a good idea to avoid foods that might otherwise cause indigestion, because jet lag can cause stomach upset.

Changing your meals to eat on a local schedule can alleviate some of the symptoms, too, researchers from the University of Surrey found in a 2018 study. For instance, if you are flying from the East Coast of the U.S. to Portugal, try and eat closer to the time you would in Portugal so your body can begin to shift the circadian rhythm that indicates when it thinks it needs to eat, the study says.

Melatonin—a naturally occurring hormone that works with circadian rhythms—can also help combat jet lag, but in smaller doses and when taken earlier than most people consume the over-the-counter supplement, according to Eastman. In her academic paper, “How To Travel the World Without Jet Lag,” Eastman suggests taking one to three milligrams of melatonin two hours before your desired bedtime, rather than in large doses right as you crawl into bed. Because melatonin isn’t technically a sleep aid, but rather, a hormone that scientists think signals darkness, Eastman says taking it earlier and in smaller doses will be more effective. And of course, as with any medication or supplement, she says, consult your doctor before taking it.

And while jet lag is an exhausting byproduct of flying around the world, experts says they are living proof that it is possible to outsmart it. “What kind of an expert on jet lag would I be if I arrived at a scientific meeting with jet lag?,” Eastman says. 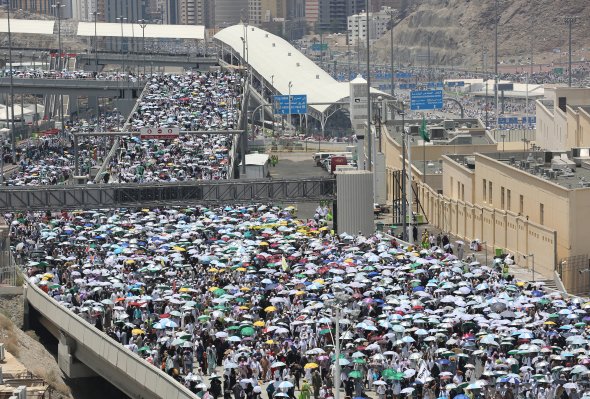 Two Airplane Health Scares Last Week Were Linked to People Returning From the Hajj in Mecca
Next Up: Editor's Pick