Why Jet Lag Is Worse than You Think

If you’re traveling cross-country to run a race or participate in a sporting event, you may want to prepare for the time change in advance. A new study of professional baseball players shows that jet lag doesn’t just affect mental performance—it can also affect physical performance, as well. The authors say their findings can have implications for all types of athletes, and they offer strategies for lessening the impact.

The new study, published in Proceedings of the National Academy of Sciences from researchers at Northwestern University, looked at Major League Baseball data from more than 40,000 games spanning 20 years, including teams’ travel schedules and players’ performance in hitting, running, pitching and more.

Traveling two or more time zones before a game affected play in subtle but detectible ways, the authors found. For example, teams from eastern states who had just returned home from a game out west tended to have fewer stolen bases, doubles and triples, and were subject to more double plays, than those who hadn’t traveled as recently.

Pitchers from both home and away teams also gave up more home runs after traveling eastward. The effects are enough to erase a team’s home-field advantage, the authors say. They speculate that jet lag may have even played a role in Game 6 of the 2016 National League Championship Series, in which the home-team Chicago Cubs scored five runs off the visiting Los Angeles Dodgers’ ace pitcher, Clayton Kershaw.

The effects of west-to-east travel were stronger than those of east-to-west travel, supporting the argument that they are due to the body’s circadian clock—not just time on an airplane or scheduling issues in general, says Dr. Ravi Allada, associate director of Northwestern’s Center for Sleep and Circadian Biology.

The study isn’t the first to show that jet lag can impact athletic performance. Allada says the new findings add to the evidence that jet lag isn’t just all in one’s head. “We know, based on studies in animals and humans, that when you misalign your internal biological clock with your external environment, there can be a lot of consequences in terms of health,” Allada says. “And the circadian clock is present in muscle cells, too, so it makes sense that one might see an impairment in muscle activity or muscle efficiency, as a result of this misalignment.”

Based on these findings, Allada recommends that baseball teams send their starting pitchers to games across the country a day or two early, when possible, so that their internal clocks can adjust to the local environment.

Similar advice could also apply to anyone traveling for athletic events—especially eastward—he adds, like runners going to a destination marathon or adventure race. That also includes people who have been away and are heading home for an event: an aspect of jet lag that people don’t often think about, says Allada.

“The rule of thumb is that the body clock can shift about one hour a day, so if you’re traveling across three time zones, you’d want to ideally give yourself three days to adjust,” he says.

If your schedule won’t allow for an earlier trip, he recommends faking it for a few days by trying to wake up and go to bed according to the time-zone of your event, even while you’re still at home. If you’re traveling west-to-east, exposing yourself to bright light earlier in the morning can help, as well.

Allada says there’s not yet a lot of research to back up the effectiveness of these strategies, but he believes they could benefit anyone looking to optimize their performance. “That’s something we’d love to study in the future,” he says, “to work with athletes and see if these interventions actually have real impacts.” 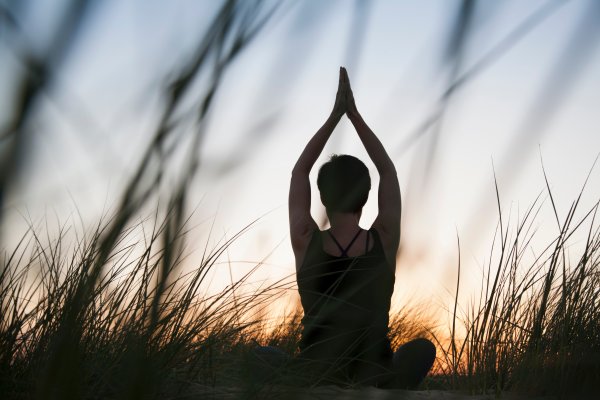 Meditation May Be the Key to Managing Anxiety
Next Up: Editor's Pick