A pair of airline health scares last week were related to the hajj pilgrimage in Mecca, officials say.

Eleven people were treated at a New York City hospital after reports of sick passengers and crew on an Emirates flight from Dubai on Wednesday. The next day, a total of 12 passengers on two flights into Philadelphia International Airport showed flu-like symptoms.

The hajj, an annual pilgrimage for practicing Muslims, this year reportedly drew more than 2 million people to Mecca, Saudi Arabia. As with any event that involves large crowds in confined spaces, outbreaks of communicable diseases such as the flu are common at the hajj — with this year as no exception.

Haynes says three passengers from the New York incident and one from Philadelphia have tested positive for the flu “and/or other common respiratory illnesses.”

A representative from Customs and Border Protection (CBP) said in a statement provided to TIME that medical review in Philadelphia was undertaken out of “an abundance of caution following Wednesday’s illness of crew and passengers aboard Emirates flight 203 that landed at JFK International Airport.”

Haynes says health events involving air travel are relatively common, and the CDC has “preparedness plans” in place for these incidents. Travelers should not cancel existing plans because of the reported illnesses, Haynes says.

“No one wants to think about getting sick during a trip, but sometimes these things happen. You may not be able to prevent every illness or injury, but you can plan ahead to be able to deal with them,” Haynes says. “Make sure that you are up-to-date with all of your routine vaccinations, including annual flu vaccine and destination-specific vaccinations before you travel, and make sure to practice healthy habits like hand washing.”

People who are actively sick, however, should refrain from traveling if possible, Haynes says.

Also this week, Texas public health officials announced that passengers aboard four Southwest Airlines flights may have been exposed to measles, after a passenger was diagnosed with the virus after traveling within the state in August. 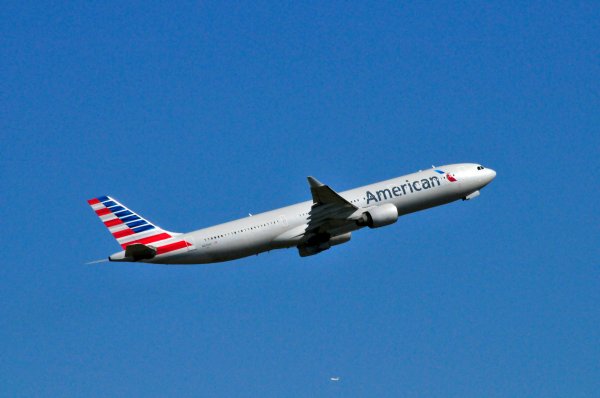 12 People on Flights to Philadelphia Have Flu-Like Symptoms
Next Up: Editor's Pick