The siren song of free pizza is strong. In Russia, in fact, it has turned out to be too strong: due to overwhelming participation, Domino’s Pizza has had to shut down an offer of 100 years of free pizza for customers who got the Domino’s logo as a tattoo.

Vice reports that the Domino’s franchise for Russia offered up the special deal about a week ago, advertising it on the Russian version of Facebook. If a customer got the logo tattooed on their person, they would be eligible for up to 100 free pizzas every year for 100 years, effectively providing for a lifetime supply of cheesy pies, all gratis. (Or, rather, just for the cost of that initial ink.)

But the promotion proved to be so popular, with hundreds of people sharing their fresh tats on social media to prove that they were ready to be walking, talking Domino’s billboards in exchange for their discount slices, that the offer was ended early after just a week. It was intended to run through October.

Local news reports that Domino’s sent out an urgent update, warning people about to get tattoos that their permanent ink may not end up being worth it after the new cutoff date.

As Vice points out, even with the newly limited number of participants — they’re sticking to just 350 lucky free pizza winners, apparently — fully taking advantage of the offer could end up costing Domino’s a pretty penny over the years. Based on this result, it’s probably safe to guess the promotion won’t be making its way to U.S. customers any time soon, for better or worse. 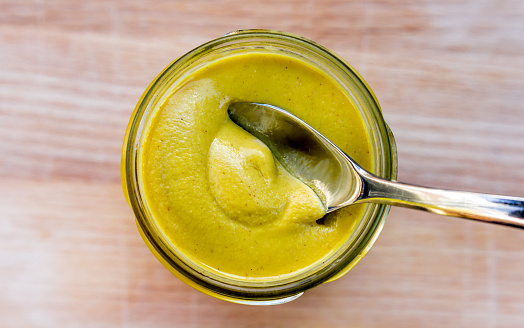 Mustard Is the Latest Polarizing Pizza Topping and People Have Strong Feelings
Next Up: Editor's Pick