U. S. Open Match Stopped Because Player's 'Excessive Sweating' Made the Court Slippery

It looks like the sun may have been the fiercest competitor to beat at the 2018 U.S. Open again.

Djokovic was tied 2-2 with Millman when Millman had to tell the chair umpire he was just way too sweaty to continue without a break.

The temperature clocked in at 92 degrees.

During the second set, Australia’s Millman assessed the perspiration dripping off of his body and realized he was drenching the court in the process, making it too slick to play without fear of slipping.

And so he “approached the chair umpire to note his excessive sweating and the moisture it was leaving on the court,” according to the USTA.

Thanks to the United States Tennis Association’s Equipment Out of Adjustment regulation, the sweat-related court conditions were treacherous enough that Millman was cleared to leave to change out of his sweat-soaked getup without consequences.

The game resumed after roughly 6 minutes, but Millman’s break didn’t remedy the situation.

“You don’t stop sweating, though. You go to this little holding room just off the court, and there’s a tiny, probably, like, 3-by-3 room, even less, and you’re just dripping. The sweating doesn’t stop,” Millman explained, according to ESPN.

As his Australian rival left to change into something dry, Serbia’s Djokovic took his shirt off and enjoyed one of his noteworthy courtside breaks.

Novak Djokovic of Serbia and John Millman of Australia argue in the second set during their men's singles quarter-final match on Day Ten of the 2018 US Open at the USTA Billie Jean King National Tennis Center on September 5, 2018 in the Flushing neighborhood of the Queens borough of New York City. (Photo by Julian Finney/Getty Images)
Julian Finney—Getty Images

“I personally have never sweat as much as I have here. Incredible. I mean, I have to take at least 10 shirts for every match. It’s literally after two games you’re soaking,” he said.

To help players cope with the heat that has plagued the event, the U.S. Open instituted 10-minute breaks between sets for the first time this year. 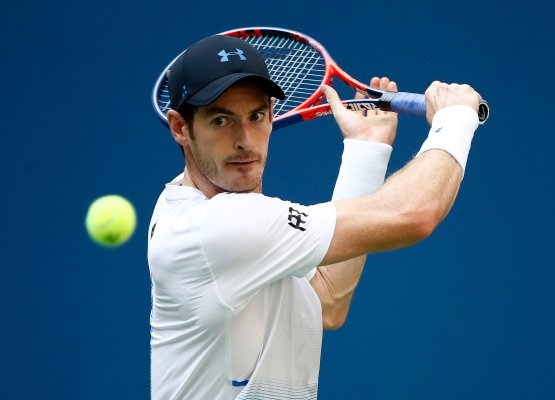 Andy Murray and Fernando Verdasco Are Having a Heated Disagreement Over the U.S. Open Heat Break Rule
Next Up: Editor's Pick