Federal health officials are warning consumers to stay away from all Honey Smacks cereal, which is likely behind a multi-state salmonella outbreak that has sickened 130 people.

Kellogg’s voluntarily recalled Honey Smacks in June, citing possible salmonella contamination. But the Centers for Disease Control and Prevention (CDC) announced on Tuesday that at least 30 people from 19 states have become ill since mid-July, suggesting that contaminated products may still be in people’s homes or on store shelves.

“Do not eat any Kellogg’s Honey Smacks cereal, regardless of the package size or best-by date,” the CDC warned consumers. “Check your home for it and throw it away or return it to the place of purchase for a refund.”

The CDC also urged retailers not to sell any Honey Smacks, since it’s possible that tainted products are still in circulation. (It appears, however, that most of the new illnesses occurred in people who ate cereal they had previously purchased, the CDC says.) Both the CDC and the Food and Drug Administration continue to investigate the outbreak.

“We ceased production of Honey Smacks cereal in June when we learned of the possible connection to the Salmonella outbreak and have not yet shipped any new cereal to retailers,” a representative from Kellogg Company said in a statement provided to TIME. “Kellogg is asking that people who purchased potentially affected product discard it and contact the company for a full refund.”

People who consume food tainted by salmonella bacteria may develop symptoms including diarrhea, fever and abdominal cramps 12 to 72 hours after exposure, according to the CDC. Most people recover on their own within a week, but complications can develop if the infection spreads from the intestines to the bloodstream. The current outbreak has sent 34 people to the hospital, the CDC reports.

The Honey Smacks warning comes after a several other high-profile food recalls this summer, including Goldfish and Ritz crackers, bread and Swiss Rolls and almond milk. 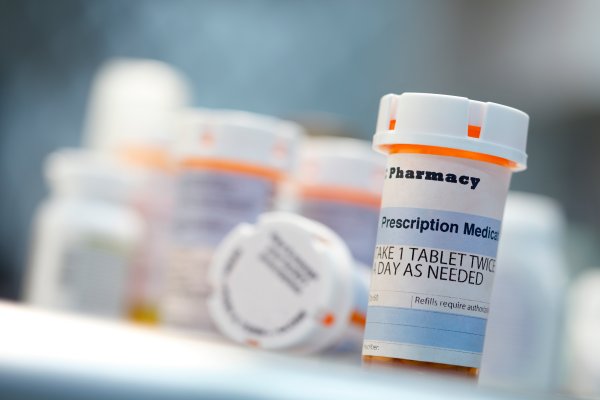 A High Blood Pressure Medication Is Being Recalled After a Potentially 'Life-Threatening' Labeling Mistake
Next Up: Editor's Pick