Eminem hasn’t been quiet about his criticism of President Donald Trump – and he didn’t shy away from it in his surprise new album Kamikaze, which dropped early Friday.

The Detroit musician, real name Marshall Mathers, rapped in “The Ringer,” the first track off his new album, that his words got the attention of the U.S. Secret Service.

Eminem said Trump – whom he refers to as Agent Orange – “just sent the Secret Service / To meet in person / To see if I really think of hurting him / Or ask if I’m linked to terrorists.”

In 2017, Eminem released a freestyle in which he called Trump a “kamikaze that will probably cause a nuclear holocaust,” said that “racism’s the only thing he’s fantastic for” and referred to Trump as “Donald the b—-.” In another part of the song, Eminem raps: “That’s an awfully hot coffee pot. Should I drop it on Donald Trump? Probably not.”

If Eminem’s claim is true, it would not be the first time the Secret Service has investigated Eminem for the content of his lyrics. In 2003, the Secret Service launched a probe to investigate the line “I don’t rap for dead presidents. I’d rather see the president dead.” In hip hop, “Dead Presidents” is a term commonly used to refer to money. 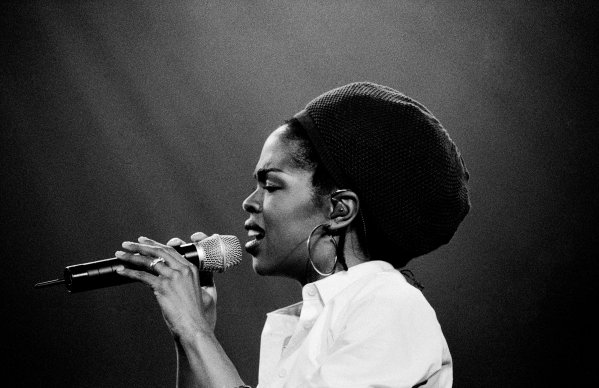 How Lauryn Hill Educated the Music Industry 20 Years Ago
Next Up: Editor's Pick