'Who Would Do That to a 12-Year-Old?' Transgender Oklahoma Student Speaks Out About Being Bullied by Parents

The 12-year transgender girl who was bullied online by local parents says she’s trying hard not to be bothered by the negativity.

Maddison Kleeman Rose spoke to VICE News, her first on-camera interview since her story caught national attention. Said she does not understand the fuss around her using the girls’ restroom.

“I don’t care for it. I think it’s all stupid, except supporters. But the threats and that, is stupid. Who would do that to a 12-year-old?” she said.

In August, Achille Public Schools closed for two days after parents took to a Facebook group to threaten violence against a the seventh grader.

“Heads up parents of 5th through 7th grade,” parent Jamie Crenshaw said in a now-deleted post. “The transgender is already using the girls bathroom. We have been told how the school has gone above and beyond to make sure he has his own restroom yet he is still using the girls. REALLY… Looks like its going to be a long year.”

Another parent weighed in and said a “sharp knife” could take care Maddie using the girls’ bathroom. Other parents said their children should beat up Maddie until she left school.

Maddie and her family had moved to Achille from Sherman, Texas, where they said Maddie was bullied during her transition. Maddie’s mother, Brandy Rose, told TIME that in Sherman students had forced her daughter into the boys’ bathroom and taunted her to commit suicide. The family moved to Achille in 2017 hoping for a more accepting environment for their daughter, but after the controversy the family has decided to move out of Achille for fear of Maddie’s safety.

Maddie said she would not allow the negativity of certain parents affect her.

“Some adults out there do get it but they don’t support it and thats their choice, they can be hateful and rude about it but they ain’t dragging me down.” she said.

“Everyone’s different, no one’s the same,” Maddie added. “We’re all different, unique and special in our own way.”

Maddie’s mother said she plans to move her family to Houston, Texas, where Maddie will have more support and is likely not to be the only transgender student in her school.

Bathrooms have long been a flashpoint in the fight for LGBTQ rights – and recently became a hot-button political issue as several states debated bills restricting transgender people from using the bathroom of their gender identity. Transgender teen Gavin Grimm’s battle to use the boy’s bathroom at his Virginia school gained national attention.

In January, an Oklahoma state lawmaker introduced a “bathroom bill” that critics said would have restricted the rights of transgender people to use the bathroom of their gender identity, but the bill never came up for a vote. 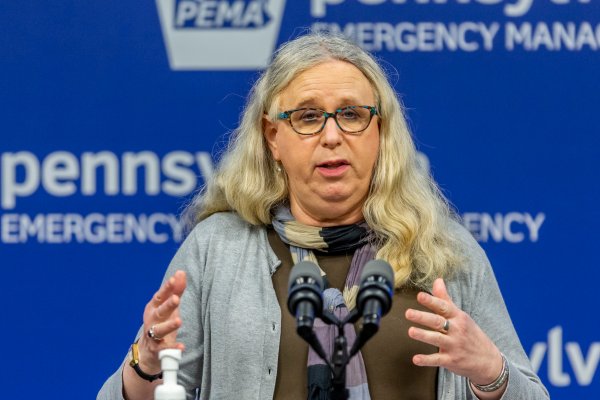