It may be time for a Boston news reporter who said a faulty “flux capacitator” was the potential cause of a plane crash to brush up on her Back to the Future knowledge.

While reporting live at the scene of a plane crash at Massachusetts’ Cranland Airport on Tuesday, Boston 25 News’ Kathryn Burcham said that pilot Jacob Haselden had told her a “defective flux capacitator” may have been responsible for the incident. Twenty-year-old Haselden, who was the only person onboard, was hospitalized with minor injuries following the crash. He has since been released.

But unfortunately for Burcham, it seems he may have played a Back to the Future-inspired prank on her by suggesting a flux capacitor—the core mechanism of Doc Brown’s DeLorean time machine—was the root of the problem. A video of the flub began making the online rounds shortly after the broadcast, giving fans of the movie a laugh. 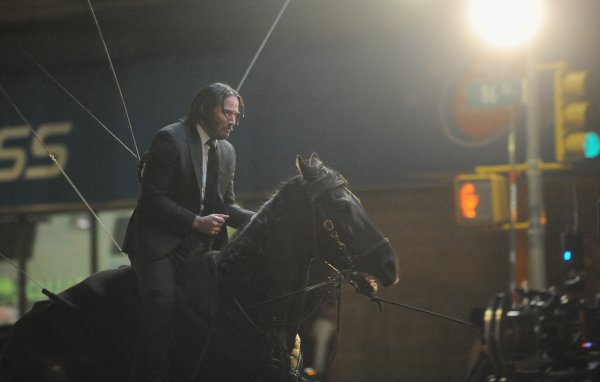 This Meme Is Brought to You By Keanu Reeves on a Horse With Hilarious Results
Next Up: Editor's Pick